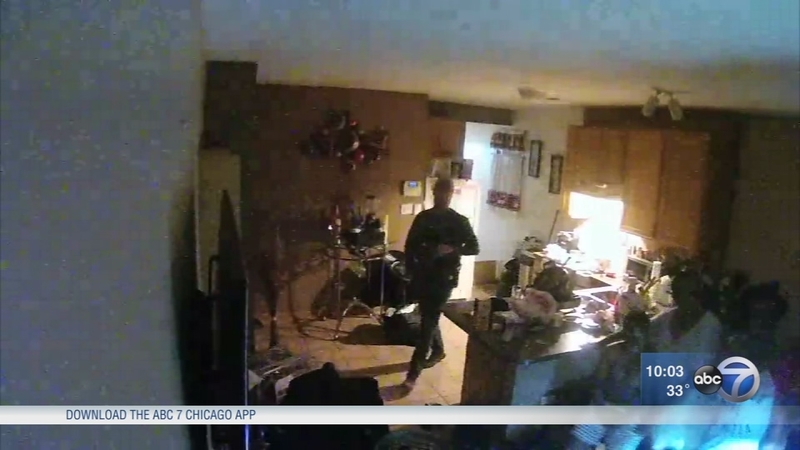 CHICAGO (WLS) -- A family is suing the Chicago Police Department after officers wrongly raided their home, as newly released surveillance video gives an inside look at the raid gone wrong.

It wasn't even dawn when plain clothes officers forced their way into the Franklins' dark Near West Side home a year ago.

"He told my wife, 'You see six white guys at your door, you open the motherfucker.' Those were his exact words,' Romell Franklin said.

Police had shown up to serve a search warrant.

"I said, 'You have the wrong address, no one here resides by that name,'" Ashanti Franklin said.

Ashanti refused to open the door and screamed for her sleeping husband.

"I just heard the booms, busting doors down. Soon as I step over to the door my apartment door swung open," Romell recalled.

"I'm like, I have a 12-year-old son back there and he doesn't know what's going on. I don't want him to get startled, make the wrong move and you all shoot," said Ashanti.

Chicago police said they were looking for a suspect named Gregory King, but they started upstairs, in the wrong apartment of the three-flat.

Video surveillance inside the family's home shows armed officers searching with flashlights as the Franklins stand there in pajamas.

"My clients asked them repeatedly, from the time they came in to the time they left, for names, badge numbers, copies of the warrant. They gave them none of that," said attorney Rashaan Gordon.

Exactly a year to the day of the raid, the Franklins said they've still heard nothing from police, and it was their landlord who came to fix the broken door.

They're suing the police department for damages and especially, they said, the emotional scars.

"I don't know if y'all ever understand what I went through," Romell said. "It's tough."