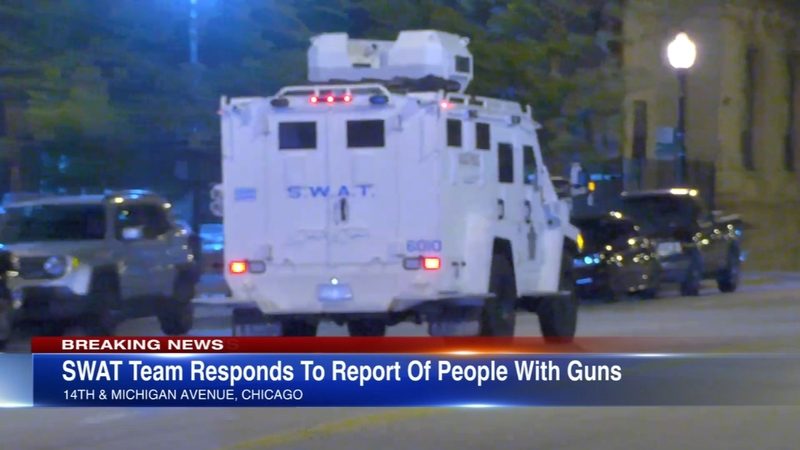 Police responded to a building at 14th Street and Michigan Avenue at about 1:40 a.m. after reports of four people with guns.

A group of people were having a gathering in one of the rooms in the third floor of the building when police said an unknown person in the room called for police after stating they observed individuals with guns outside the door.

Five people have come out of the building. However, it is unknown if they are victims or offenders.

Meanwhile, the Chicago Fire Department said that two men were transported to area hospitals in good condition The nature of their injuries is not known.