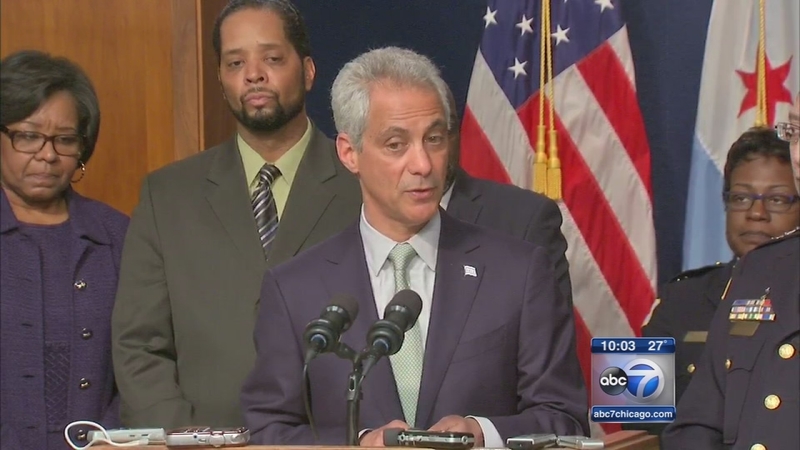 Chicago police to get 1,400 stun guns

Mayor Rahm Emanuel and Interim Chicago Police Superintendent John Escalante announced the additional reforms during a press conference Wednesday. The mayor said he believes the changes will inject more humanity into the way officers do their jobs.

"With the right policies, the right procedures and the right practices, we can change our officers' perspectives to help them ensure their own safety and the safety of others," Emanuel said.

Additional training and stun guns will be deployed in 2016 so that every beat car will have a Taser, Emanuel said. The increase in stun guns, however, does not mean every officer will carry one. Right now, only 20 percent of the force is trained to use stun guns; under the new policy, every cop will be trained.

"As long as there is a Taser available and an officer is certified to carry a Taser, the Taser does go out," Escalante said.

Officers involved in shootings will also be placed on desk duty for a minimum of 30 days following an incident - the prior time period was 72 hours. Escalante said this will give officers time to seek professional counseling and re-training following a police-involved shooting. The 30-day minimum also gives the Independent Police Review Authority and the State's Attorney's Office more time to conduct an investigation, Escalante said.

Officers will also be encouraged to call in additional personnel during incidents, Escalante said.

"We are just looking for best practices, by no means was our policy ever 'shoot first and ask questions later,' quite the contrary," Escalante said.

Cook County Board President Toni Preckwinkle and others say change is not just about more training and new equipment.

"It's not so much the weapons that are in the hands of our officers, but their attitudes toward the people they are serving," she said.

The Fraternal Order of Police says it welcomes more equipment and training on all levels, but warns the mayor to be careful on implementing so many changes at once.

"I think it is time for the department to be a little less reactionary to some of the rhetoric that is going on and to plan for change, not just change for the sake of change," said Dean Angelo, Fraternal Order of Police president.

The training comes as the U.S. Department of Justice investigates the systematic use of force within the Chicago Police Department. The issue of excessive force came to light following the release of dash-cam video showing a Chicago police officer shooting a black teenager 16 times. Chicago Police Officer Jason Van Dyke was charged in the 2014 murder of Laquan McDonald, 17, more than a year after his death.

In the McDonald shooting, none of the officers at the scene had a Taser. One was requested, but it wasn't immediately available.
EMBED More News Videos

The McDonald murder prompted protests across the city and led to the firing of Garry McCarthy as CPD superintendent. Protesters continue to call for Emanuel to step down.

He returned from a family vacation early Tuesday after Chicago police were involved in another shooting that killed two people- 19-year-old Quintonio Legrier and 55-year-old Bettie Jones. Police said Legrier was charging at officers when they opened fire. Jones, a neighbor, was accidentally shot and killed by police, authorities said.