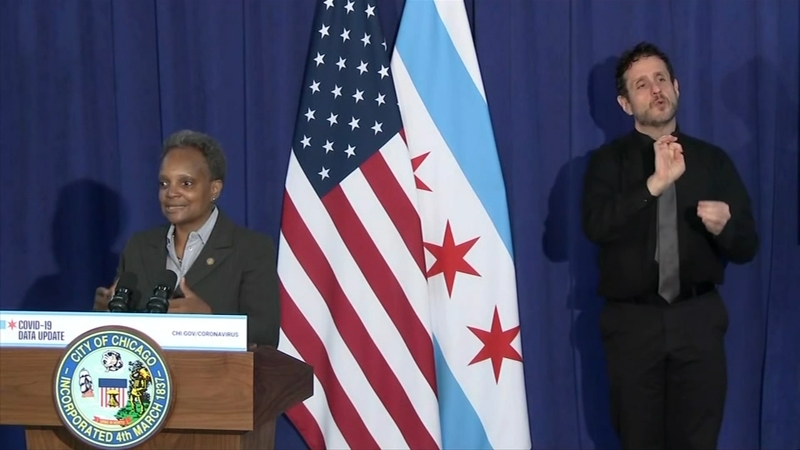 CHICAGO (WLS) -- Mayor Lori Lightfoot will deliver her budget address this week as the city faces a $1.2 billion deficit.

"This is probably going to be the most difficult budget in the city's history," said ABC7 Political Analyst Laura Washington. "There are no good answers here. There are no good options. It's looking like she is going to have to insist on a tax increase, perhaps a small one. There is no way to get out of this budget crisis without a property tax increase."

The budget plan is described as including a smorgasbord of options for how to deal with the massive budget shortfall the city faces, and it's sure to get some pushback.

The property tax increase will result in homeowners whose house is worth $250,000 paying an additional $56 in property taxes, according to a source briefed on the budget talks.

The mayor is also looking to raise the gas tax by 3 cents a gallon.

Monday she would only say she's looking at a wide range of options.

"We always look internally first, we can't go to taxpayers and ask them for more, and we pretend that the status quo, turning the size of the budget, the way in which we deliver service, that that's all fine and can't be touched," Lightfoot said.

Sources said that means the mayor is looking at about 350 layoffs of non-union city employees, and five furlough days for those exempt workers. She is also expected to propose eliminating 1,000 vacant positions.

Many of those could come from the police department, which currently has 700 sworn, non-exempt vacancies, further straining relations with the union which is negotiating a new contract for the rank and file.

"It's pretty ridiculous to think you're going to cut spots on the police budget in this very violent year," said John Catanzara, president of the Fraternal Order of Police.

Mayor Lightfoot says Chicago can't count on help from Washington and the city has to "fix it ourselves." Her city council floor leader calls this a challenging time.

"The budget that the mayor is going to put forward is a standalone city Chicago budget where we're not relying on any other entity, or hoping for help from Springfield or from Washington D.C.," said 36th Ward Alderman Gilbert Villegas.

Aldermen are being briefed on the detailed budget Monday and Tuesday. The mayor is scheduled to deliver her budget address on Wednesday.

Starting next Monday, there will be a series of public hearings.