Chicago protests, police clashes recall 1968, but the differences are more important than the similarities, historians say 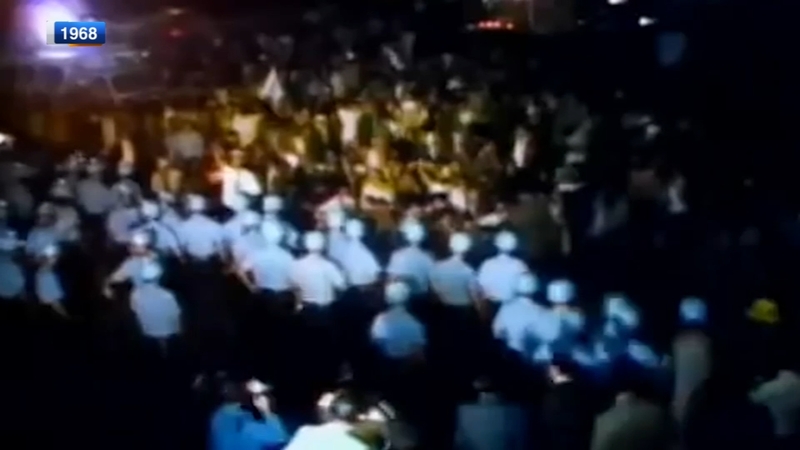 CHICAGO (WLS) -- Protests, police and pillaging were all part of the eruptive spring and summer of 1968 in Chicago, when a law and order mayor called for police to take action.

"Shoot to maim or cripple anyone looting," said Mayor Richard J. Daley at the time.

"That reminded me more of '68 than anything I've seen," said Congressman Bobby Rush.

Rush said this week's events have taken him back in time. As co-founder of the Illinois Black Panthers, Rush remembers racial tension boiling over after the assassination of Dr. Martin Luther King, Jr. followed by battles with police during the Democratic National Convention a few months later.

RELATED: 'This is crazy, this is America:' protestors, police recall violence of 1968 DNC 50 years on

But the comparison is not one to one. Rush and historians say there are many differences between 1968 and this week.

"You see a multiracial group that's outside protesting right now, that's something you did not see, specifically around King's assassination," said Charles Bethea of the Chicago History Museum.

Rush said similar to 1968, the anger is through the voices of peaceful protesters, not looters who he called greedy opportunists.

Despite the destruction left behind this week, Rush and historians hope the differences from 1968 will produce concrete change.

"I think now is that time, now more than ever," Bethea said. "The rest of the world is watching and participating."