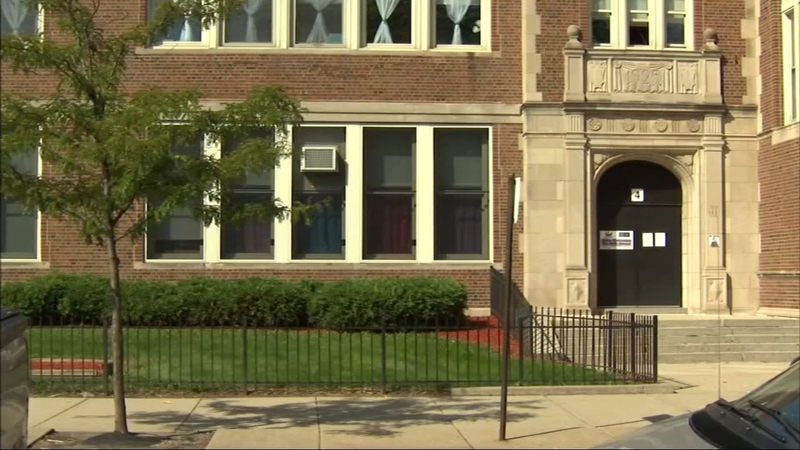 CHICAGO (WLS) -- A federal lawsuit filed by the mother of a Chicago Public Schools student alleges that teachers at her son's school failed to adequately address complaints that her 10-year-old son was being sexually abused by another student in his Southwest Side elementary school.

"Eyes need to be opened. This didn't just happen to my son," said Angela Wells in an interview with her attorney present Monday afternoon.

The lawsuit was filed in U.S. District Court for the Northern District of Illinois on Wednesday and lists the CPS Board of Education, the Academy for Urban School Leadership, the city of Chicago and two teachers at Marquette Elementary as defendants.

The alleged abuse took place around March 2018 and the victim was a fifth grade student. According to the court filing, a fellow classmate began fondling the victim's genitals under the desk during class and kissed him on one occasion.

The victim reported the abuse to two teachers, but the teachers "failed to alert child investigators, the police, the students' parents, or even school administrators," the complaint said.

Wells said the fondling continued over the next month and it wasn't until April 11 that she was made aware of the complaints. Administrators called to say that her son had threatened another student in class. The boy said he was defending himself and finally told his mother about the alleged inappropriate touching.

"For me to find out he's told not one, but two of his teachers and I still didn't know about it. That's very disheartening," she said.

Wells said she attended a meeting with school administrators on April 18 but was told that the school could not guarantee that her son would be separated from the alleged offender at all times. She said she was then forced to transfer her son to another school to protect his safety.

The family's attorney, Kelly Krauchun, said the teachers did not follow proper protocol.

"The teacher should have reported it to the school administration and to the minor child's parent," Krauchun said. Krauchun said the boy would have been spared suffering if the allegations had been reported immediately.

A CPS spokesperson provided the following statement in response to inquiries regarding the lawsuit:

"While CPS cannot comment on pending litigation, we want to make sure that all members of the public understand our efforts and our commitment to support students who report sexual violence, including the establishment of the district's Office of Student Protections and Title IX.

The new office oversees investigations into allegations of student-on-student abuse, ensures students are paired with an advocate immediately following an allegation, and provides students with resources for receiving long-term support, including counseling."

The Academy for Urban School Leadership responded to a request for comment by directing all inquiries to CPS.