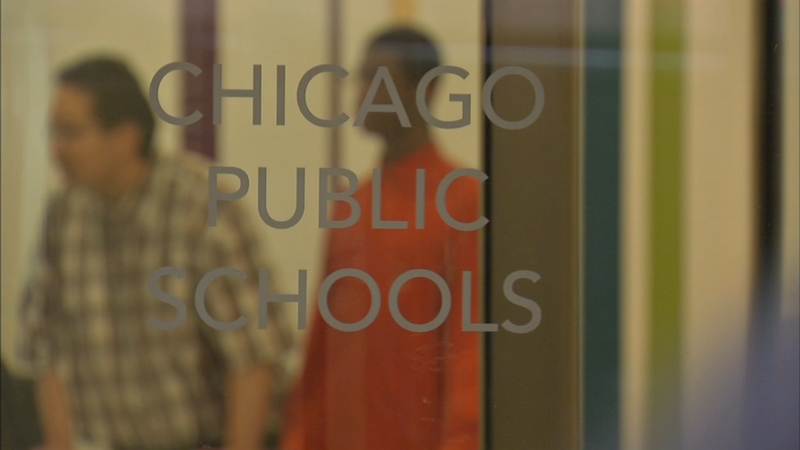 CHICAGO (WLS) -- As educators strike for a second day, the Chicago Teachers Union's fight is bringing more attention to the roughly $1 billion Chicago Public Schools received from the state of Illinois.

The state's funding formula for education changed a couple of years ago, allowing the district to get an extra $1 billion a year.

The CTU is arguing that it's money that should pay for smaller classes and support staff. But Chicago Public Schools leaders said the bulk of the money has been spent on teacher pensions.

The rallying cry for the Chicago Teachers Union since negotiations began 10 months ago has been their demand for nurses, social workers, counselors and librarians in every school.

The union insists the city has the money to pay for it with $1 billion of new education funding from the state.

"When the mayor goes in the public and says, 'We are not putting any more resources, that is all the money there is,' that is stonewalling," CTU President Jesse Sharkey said.

Mayor Lori Lightfoot and CPS said the $1 billion of extra money CTU keeps talking about has already been spent.

"$700 million of that $1 billion went directly to the Chicago Teachers Pension Fund, a fund I'm part of, they conveniently leave that out of the conversation," said CPS CEO Dr. Janice Jackson.

Jackson said the rest of money saved CPS from the brink of financial insolvency.

Despite the extra state funding, Jackson said CPS still borrows $700 million a year to balance its budget. The Civic Federation, an independent government research group, said that while CPS is better shape than it was, "It's still one of the worst-funded major local government units in the country."
As they march and picket, teachers said they'll keep pushing until some of their demands are met.

"How to pay for it is a great question," said CTU member Brian Coleman. "I'm hoping we can work together with the mayor to figure it out. I'm a counselor not an accountant."

According to the Illinois State Board of Education, CPS only has six out of 10 dollars of what is needed to provide an adequate education for its students.