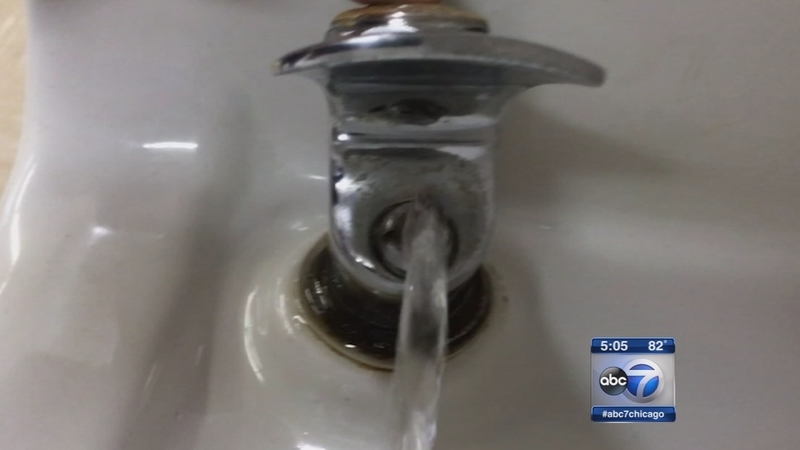 CHICAGO (WLS) -- The devastating headlines in Flint, Michigan, put the issue in the forefront of people's minds across the country.

Our I-Team tested public water fountains from six counties in and around Chicago.

The results are in, and it's good news for most families with young children attending programs at area park district buildings and libraries.

Although one water sample we collected turned up positive for lead. Now that park district is launching a water testing program.

"I think we would pack our own water when we come to this park and the parks in the surrounding area," said Julie Deloranzo, parent and resident.

Parents whose children frequent Olympia Park, on Chicago's Far Northwest Side, appreciate knowing that traces of lead were found in the water fountain.
"It's pretty sad that there's lead here," said parent Anne Coconate. "Any level of lead in water should be concerning."

The Chicago Park District revealed to us Thursday that they are launching a program to test water at their facilities.

The I-Team followed strict Environmental Protection Agency guidelines and used a certified lab in Naperville. While our sample tested positive for lead, it fortunately came in below the federal EPA's "action" limit. That means no action, such as replacing the lead service lines, is required.

The Chicago Park District tells the I-Team they tested Olympia Park's water after getting our results. They say their outcome was below the laboratory reporting limits, and they "will continue to monitor the water" because "the safety of their patrons is of paramount concerns." We asked for the documentation showing those results but have not received it.

While the level of lead was low, the National Institute of Health says, "No amount of lead is safe. Eliminating all lead exposure in our environment is our best course of action."

"Overall, there is an increase in interest," said Lorrie Walker, director of quality assurance for First Environmental Laboratories.

First Environmental Labs did our testing and says they've had an uptick in lead-testing requests.

Children are especially susceptible to lead poisoning because their bodies absorb metals at a greater rate. High levels of lead can cause low IQ, shorter attention span and lower performance in school.

"If you find there is any source of lead in your sample that you had tested, you can take action to figure out where its coming from or what can I do instead of drinking this water that has a lead contaminant in it," Walker said.

The ABC 7 I-Team tested water in Kendall, Cook, Will, Lake, Kane and DuPage counties. We went to 10 public facilities, including a library, and park district buildings, many of which offer early-learning programs.

Last week, Chicago Public Schools released results of their lead-testing. Only one of 32 schools tested positive, but CPS is now expanding their testing to all schools.

And now the park district will be testing more facilities.

EPA: ACTIONS YOU CAN TAKE TO REDUCE LEAD IN DRINKING WATER

LOCATIONS WHERE THE ITEAM TESTED DRINKING FOUNTAIN WATER FOR LEAD: