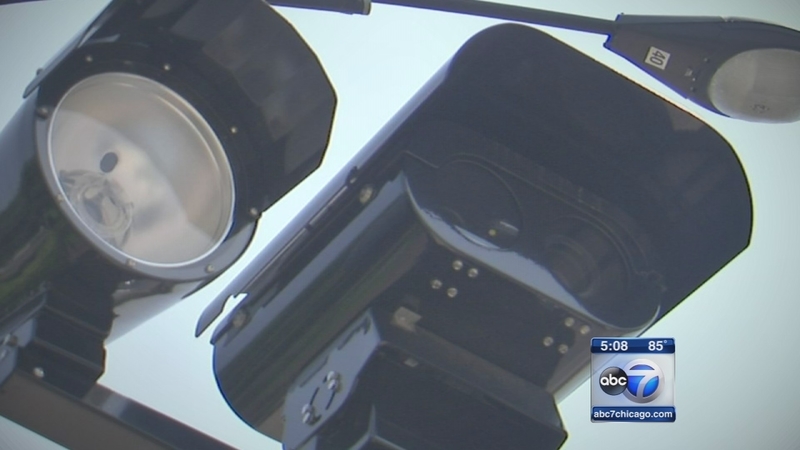 CHICAGO (WLS) -- Some Chicago aldermen want a watchdog group to audit the city's red light camera system. That could mean refunds for those who got tickets.

In the last seven years, the city's red light camera system has issued more than four million tickets. Were they all legit?

A lengthy analysis by reporters at The Chicago Tribune suggests many were not, and that at some intersections there would be sudden inexplicable spikes in the number red light violators.

"We found cases where cameras were issuing two to three tickets in a day and suddenly for days, sometimes weeks, it would shoot up to 50 a day. And then, just as quickly it was back down to where it was," David Kidwell, reporter, said.

Quite often those spikes were largely for a much stricter enforcement of rolling right turns on red. But then they'd stop. That suggests one of two things - either the cameras were malfunctioning or someone was changing their settings.

"Those kinds of changes are not because of driver behavior. Something in the system changed," Kidwell said.

"There is absolutely no one taking responsibility and no one being held accountable," Chicago Ald. Scott Waguespack, 32nd Ward, said.

When he has criticized the red light camera system in the past, Alderman Waguespack said the Emanuel administration and Daley before it always replied that "everything's fine, don't worry." In light of the Chicago Tribune's findings, Waguespack wants the city's inspector general to do a deep dive into the program and find out if there was fraud. Why there weren't requisite daily reports on camera performance, and what about oversight? Who is it that decides what the camera recorded is a finable violation?

"For all we know there's somebody sitting in his underwear, essentially, hitting a button, with a Slurpee saying I need a thousand tickets," Ald. Waguespack said.

That's a more light-hearted bit of wonder, but it underscores a very serious question: Who is ultimately responsible for overseeing the program? Redflex, the initial vendor was dumped and the company's Chicago point man was charged in a bribery scheme.

If thousands of tickets were improperly issued, shouldn't those motorists get their money back? Waguespack thinks so. But at a cost of millions that's not something the city will warmly embrace.