Captain sentenced to 6 months in prison after barge explosion

CHICAGO (WLS) -- A barge captain whose petroleum-carrying vessel exploded in 2005 in the Chicago Sanitary and Ship Canal, killing a crew member, was sentenced Friday to six months in federal prison, officials said.

Egan, 36, of Topeka, Ill., and formerly of suburban Lemont, and Egan Marine Corp., of Lemont, were convicted in the explosion that killed Alexander Oliva, 29, on January 19, 2005. The Egan Marine tank barge EMC-423 exploded near the Cicero Bridge.

The barge, which was carrying 600,000 gallons of slurry oil from the ExxonMobil Oil Corp., exploded when Oliva used a propane-fueled flame to heat the slurry. U.S. District Judge James Zagel ruled that Oliva's death resulted from the explosion and the negligence that created the explosion.

Egan was convicted of maritime negligence.

The total cleanup and other costs from the spill exceeded $12 million, federal officials said. 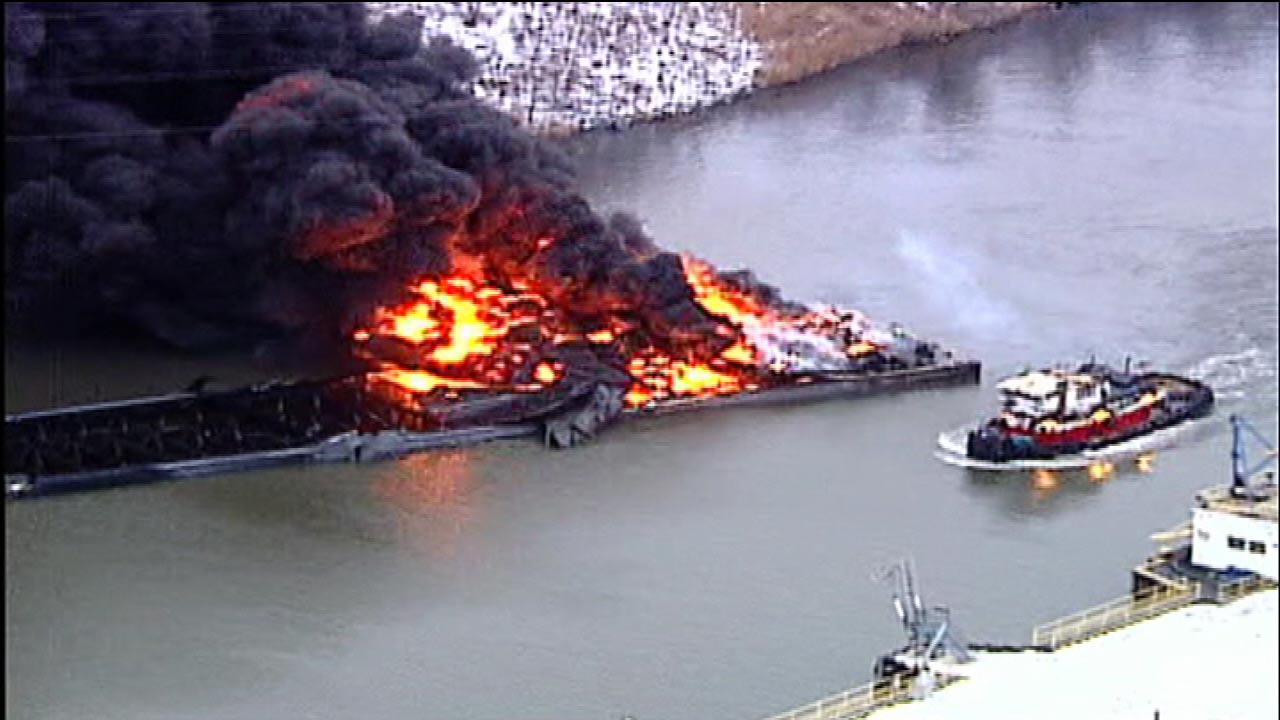