Woman, 19, fights off man who attempted to sexually assault her 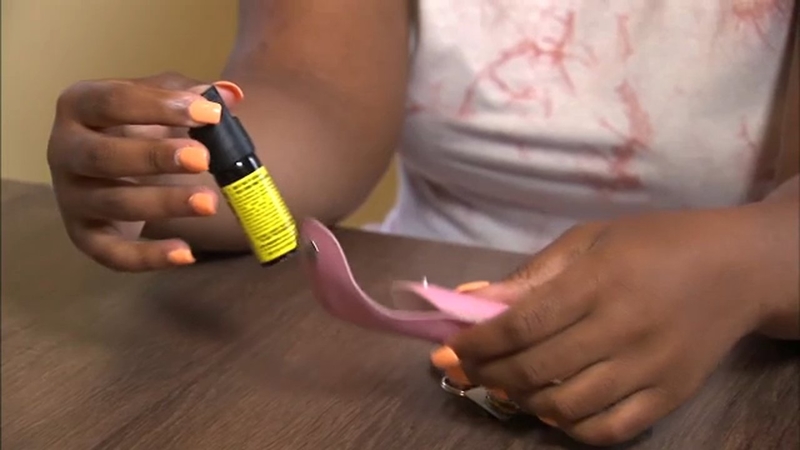 CHICAGO (WLS) -- A woman was attacked while walking in the city's Austin neighborhood Wednesday morning.

Police said the woman, a 19-year-old named Oliphia, was walking in the 1100 block of North Cicero Avenue toward her summer job when at about 10:45 a.m. a man dressed in black and carrying an orange backpack grabbed her from behind. The woman's mother, Denise, told ABC7 Eyewitness News that she was able to fight him off and use her pepper spray and then the man ran away.

Oliphia is having a trunk party on Friday as a send-off before college. She and her mom are trying to focus on the future, but the incident is weighing heavy on their minds.

"I feel terrible. I woke up crying," Oliphia said.

Oliphia said there were people at a nearby gas station who saw what was happening, but didn't step in to help. She's grateful the situation wasn't worse, but is still deeply troubled. Denise said her daughter quit her summer job as a result of the incident and is reticent to leave the house.

Police said the offender was described as a black man in his mid- to late 40's. He is 5 ft. 7 in. to 5 ft. 9 in. tall and weighs 150-160 pounds. He has a dark brown complexion and was last seen wearing a black baseball cap, black t-shirt, black pants and carrying an orange backpack.