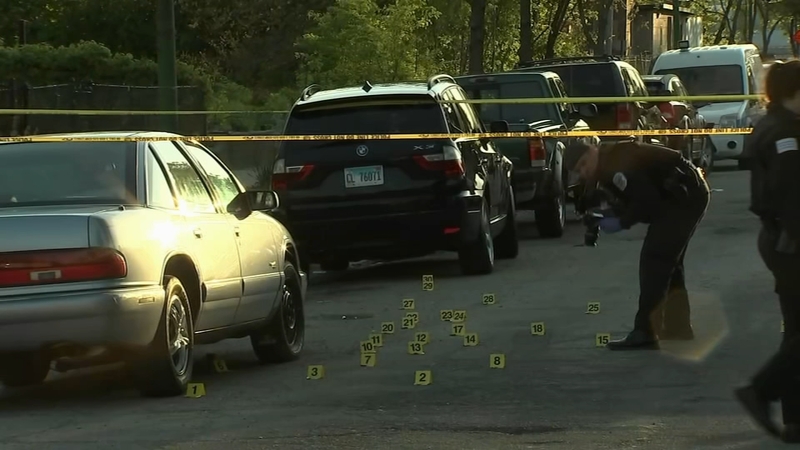 CHICAGO (WLS) -- An 8-year-old boy was shot Thursday evening in the North Lawndale on Chicago's West Side.

Chicago police said the child was shot in the right knee when someone opened fire in the 4300-block of W. 18th Street at around 6:07 p.m.

One witness told ABC7 Eyewitness News they heard up to 45 shots and saw a man running from the scene.
Police said citizens drove the boy to Mt. Sinai Hospital. The boy was rushed to the hospital in critical condition.

Investigators said they do not believe the victim was the intended target.

As the weather warms up, community activists are urging peace and coordination.

"Put the guns down, we need to have a peaceful summer so these children can grow up," said Marvin Edwards of 100 Men Standing From Cabrini Green.