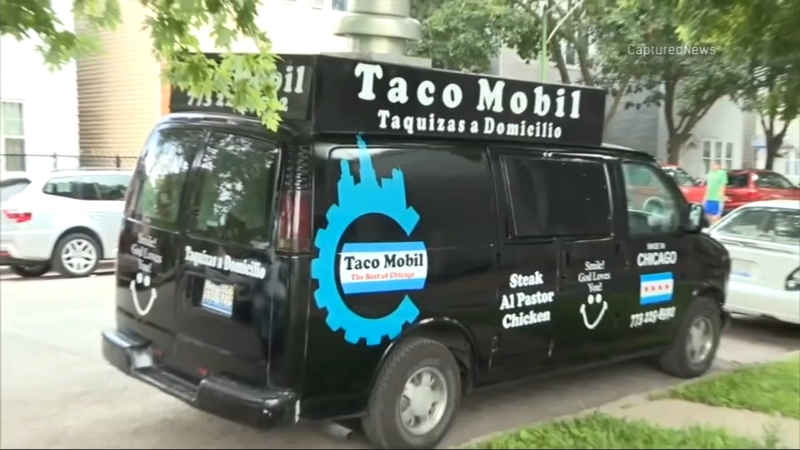 Taco street vendor critically injured in Back of the Yards shooting

CHICAGO (WLS) -- A popular street vendor who sold tacos in Chicago's Back of the Yards neighborhood is in critical condition after being shot Monday during an armed robbery, police said.

Neighbors said Jose Gomez loaded his truck every morning at about the same time every day in an alley near the 4800-block of South Throop Street.

Police said that just before 12 p.m., a black male in his 20's approached the 34-year-old, demanded money from him, and then shot him twice. Gomez sustained gunshot wounds in the left arm and back. He was taken to Stroger Hospital in critical condition. Police described the suspect as wearing a white t-shirt, black pants, and had his hair in braids.

Gomez sold tacos out of a truck named the Taco Mobil. He lives in the neighborhood with his wife and two young children. The truck was parked close to home when the gunman approached him.

Rudy Rodriguez said the gunman shot Gomez twice after he refused to hand over cash.