Taco vendor's shooting linked to other Back of the Yards robberies, police say 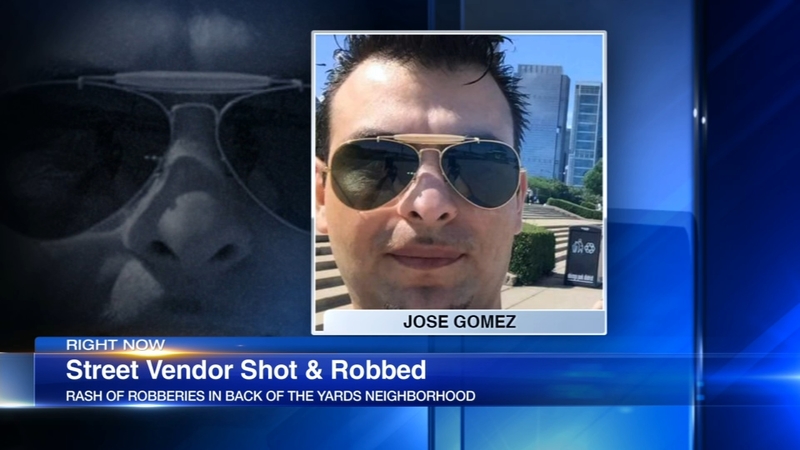 Taco vendor's shooting could be linked to other robberies, police say

CHICAGO (WLS) -- A dangerous armed robber could be on the loose on Chicago's South Side. Police said the shooting of a street food vendor is one of four others in the same area.

Jose Gomez, 34, sells tacos out of his truck, the Taco Mobil, to support his wife and two young children.

Neighbors said he loads his truck around the same time every day in an alley in the 4800-block of South Elizabeth Street in Chicago's Back of the Yards neighborhood.

Police said a gunman approached Gomez and tried to rob him just before noon on Monday. Rudy Rodriguez, who lives nearby, said the suspect shot Gomez twice after he refused to hand over cash.

Gomez was shot in the back and left arm. He remains in critical condition at Stroger Hospital.

The gunman got away.

Police released a description of the suspect, saying he is a black male between 18 and 22 years old. He is about 5 ft. 5 in. tall and weighs between 130 and 150 pounds. He had his hair in braids and was wearing a white t-shirt and black pants. Police said the suspect may be driving a purple or maroon Buick Rendezvous.

Police later issued a community alert, saying this robbery is linked to three similar robberies in the area, which occurred in late June and earlier this month.
The robberies happened: