Chicago shooting: Boy, 4, injured in jaw while in driving on South Side 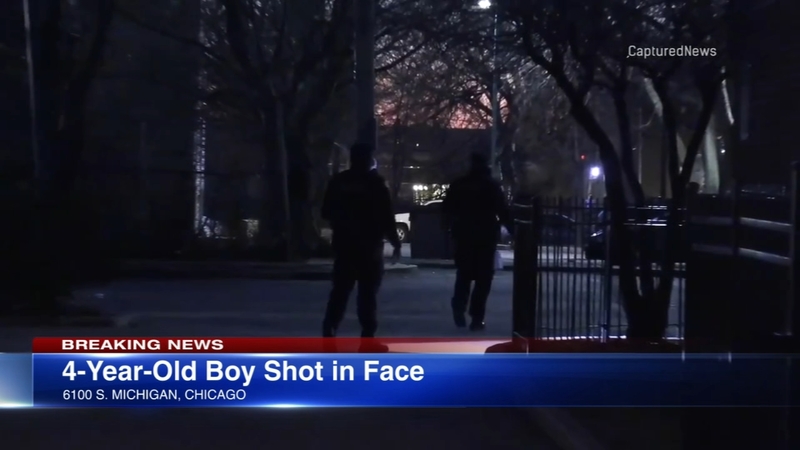 Boy, 4, injured in shooting while driving in Washington Park: CPD

CHICAGO (WLS) -- Chicago police said a 4-year-old boy was shot in the jaw while driving with family members in Washington Park Friday afternoon.

Police said around 4 p.m. the 4-year-old was in a car with his uncle and mother driving in the 6100-block of South Michigan Avenue when another car pulled up alongside and fired shots.

The boy was taken to Comer Children's Hospital for treatment. Chicago police said the boy has two bullet fragments in his chin and two fragments under his eye.

The boy is in good condition and is expected to recover. Police said they do not believe the incident is related to another shooting involving a child several hours later in East Garfield Park.

The motive for the shooting is not known and for the moment police called it "random."