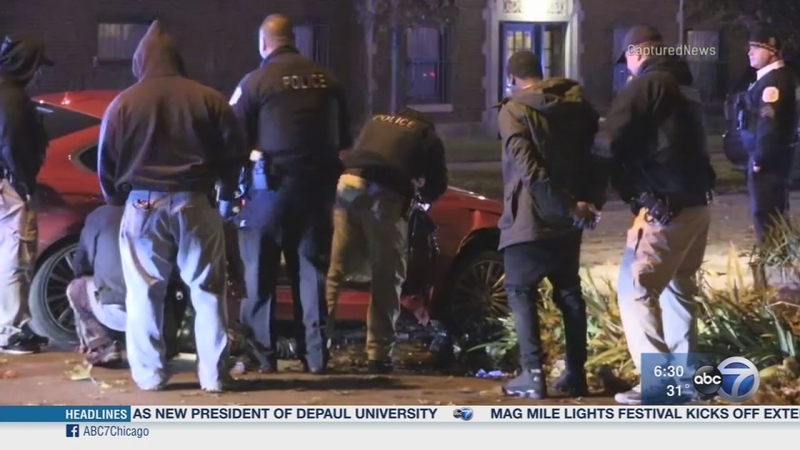 CHICAGO (WLS) -- A 24-year-old man was shot while riding in a car which then crashed into a Cook County Sheriff's Police squad car Saturday night.

The man was a passenger in a sedan when it drove past a gray Chrysler in the 7500-block of South State Street at about 10:46 p.m. Police said shots were fired from the Chrysler and the passenger was shot in the back and also had a graze wound to the head.

The driver of the sedan then sped off and crashed into a Cook County Sheriff's Police squad car near 74th Street and Vernon Avenue.

The passenger who was shot was transported to Christ Hospital in stable condition. No one else was injured in the shooting and crash.