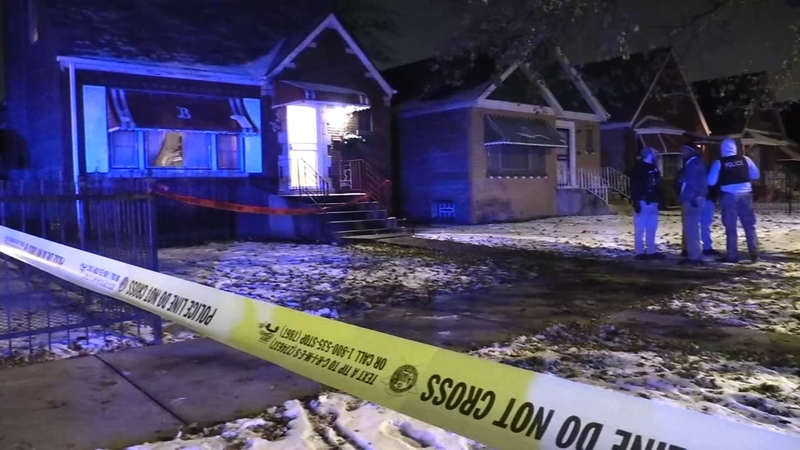 CHICAGO (WLS) -- A man playing cards in a home on Chicago's Far South Side was critically wounded in a shooting Thursday night, police said.

The 49-year-old man was sitting inside a home in the 11100-block of South Emerald Avenue at about 10:40 p.m. when police said shots were fired by an unknown man from the sidewalk outside. The victim was playing cards in the living room when bullets started flying.

The man was shot in the abdomen and transported to Christ Hospital in critical condition, police said.

Police recovered several shell casings and holes could be seen in and around the front window of the home. So far, it's unclear what the circumstances are surrounding the shooting or who the intended target was and what the motive was.