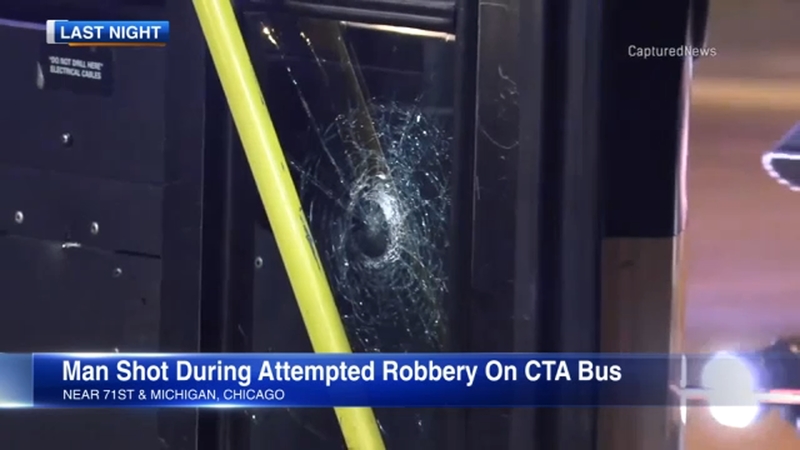 Man shot during attempted robbery on CTA bus; 1 in custody

CHICAGO -- One person was in custody after a man was shot and critically injured Sunday night during an attempted robbery on a CTA bus in Park Manor on the South Side.

About 10:40 p.m., a 21-year-old was riding on a CTA bus in the first block of East 71st Street when he exchanged gunfire with a gunman attempting to rob him, and was struck in the chest, Chicago police said.

He was taken to the University of Chicago Medical Center, where he was in critical condition, police said.

The suspect was found by officers at East 72nd Street and South Michigan Avenue, and was taken to Area One Headquarters for questioning.