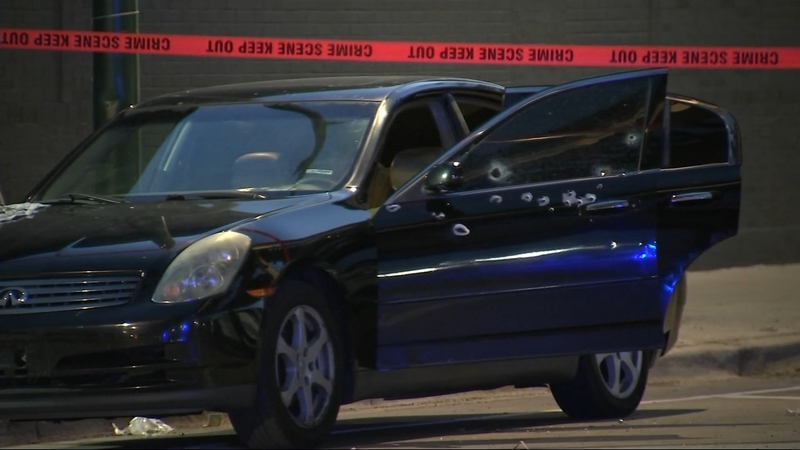 CHICAGO (WLS) -- A 10-year-old child is among three people shot, one of whom was killed, on the city's West Side Friday evening, Chicago police said.

Police said the shooting happened just before 6:50 p.m. in the 3100-block of West Lake Street. The three victims were inside a car when they were approached by an unknown number of people and shots were fired. At least six shots could be counted in the car as police investigated the scene.

A 3-year-old was also in the car at the time of the shooting but was not injured, Chicago police said. Police have not said the relationship between the adults and children in the car.

Police did not say whether it was one shoot or a group of people who opened fire at the victims. No further information about or description of any suspects was immediately available.