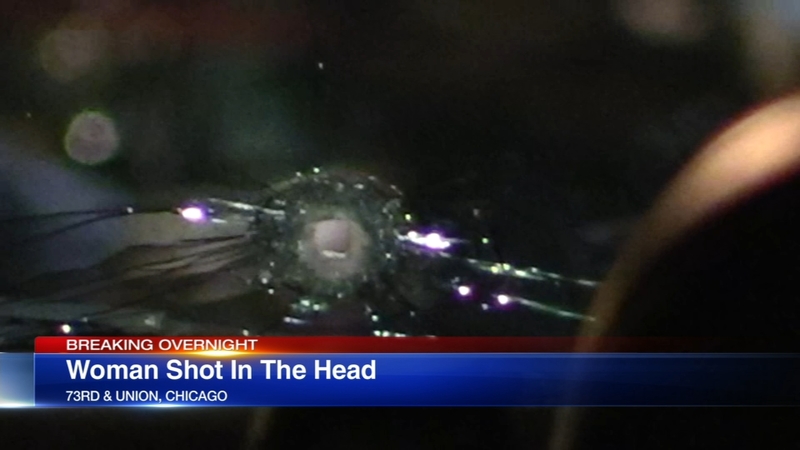 CHICAGO (WLS) -- A woman was shot in the head early Wednesday morning as she tried to drive away from a would-be robber on Chicago's South Side, police said.

The 31-year-old woman had stopped her gray SUV to talk to a man around 2 a.m. in the 7300-block of South Union Avenue in the city's Englewood neighborhood.

Police said at some point, she thought she was going to be robbed. That's when she took off, and the man opened fire on her vehicle from behind.

The victim was transported to University of Chicago Hospital, where she is listed in critical condition.

Investigators waded through shattered glass and shell casings, searching for clues. There were bullet holes in the front windshield.

There were two other passengers in the vehicle, but they were not hurt.