Man dead after shooting near Back of the Yards church 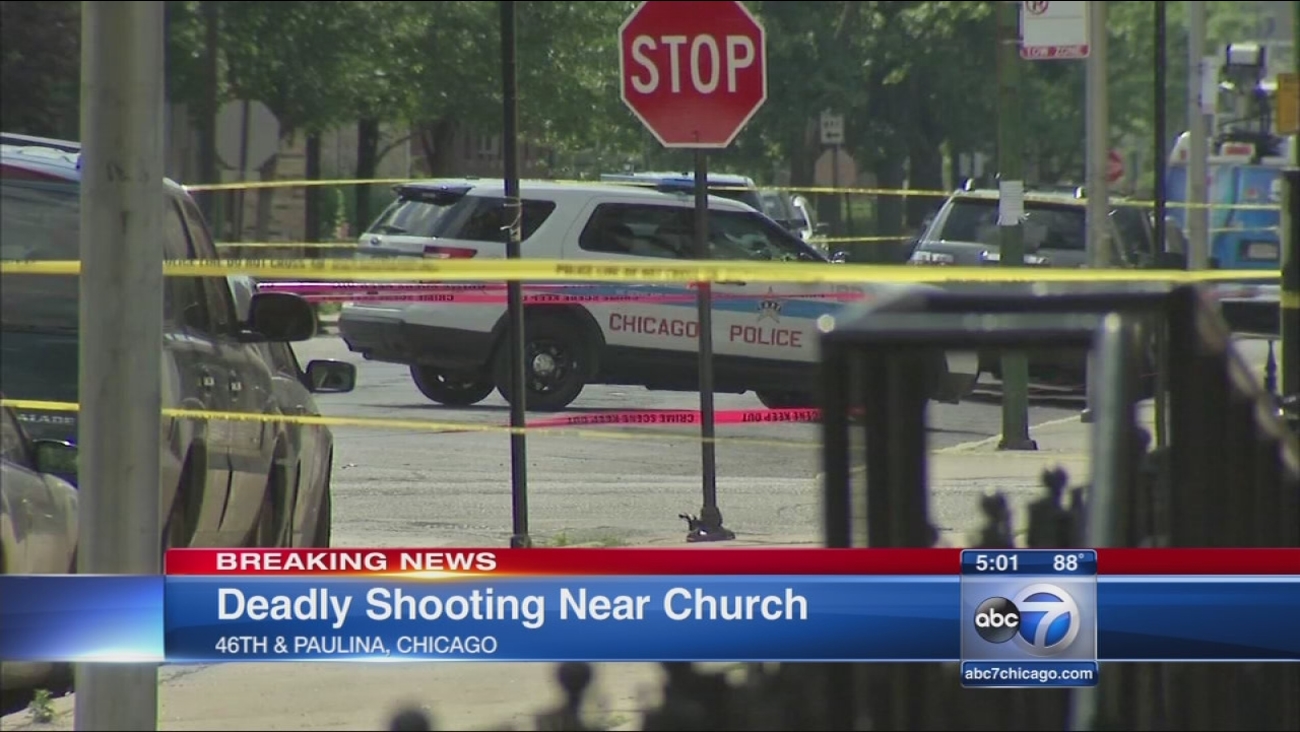 A man is dead after a shooting near a church, as mass was ending, in Chicago?s Back of the Yards neighborhood. (WLS)

CHICAGO (WLS) -- A 22-year-old man is dead after a shooting near a church, as services were ending, in Chicago's Back of the Yards neighborhood.

He is among at least eight people dead and 34 others hurt in shootings across the city.

The shooting happened around 2 p.m. Sunday afternoon on the 1700 block of 46th Street.

Police say the victim was walking when a light colored Saturn pulled up and someone started firing shots.

Investigators say the weapon used was an assault rifle.

Neighbors said they heard dozens of gunshots, and so did the parishioners inside Holy Cross Catholic Church during Mass.

"It's in front of a church for God's sake. I mean when does it stop? I mean, how do we get help with this? What do we do?" Sharon Bolsega, a friend of the victim, said.

Police said there were dozens of empty shell cases on the street where the shooting happened.

"This is indicative of the level of violence that we see on a day-to-day basis," Chicago Police Chief Eugene Roy said.

The motive is still unclear but police say it could be gang related and that there's no sign the church was targeted.