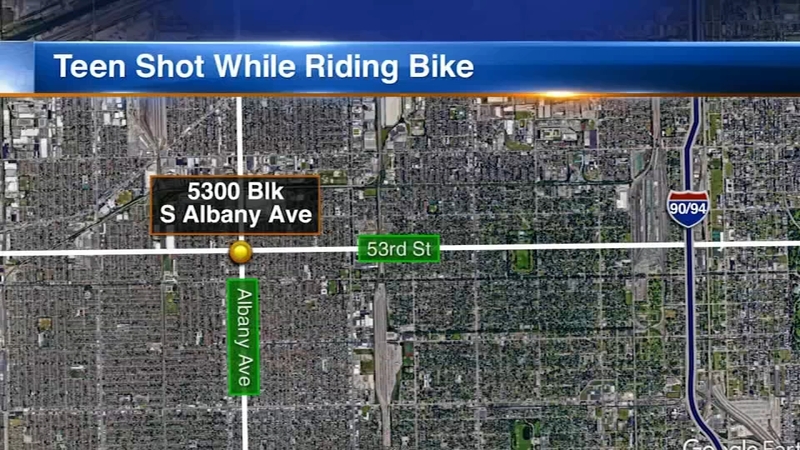 CHICAGO -- A 15-year-old boy was shot and seriously wounded while riding a bike in Gage Park on the Southwest Side Tuesday night.

Someone in a dark-colored sedan fired at the teen in the 5300-block of South Albany Avenue about 11:10 p.m., Chicago police said.

He was struck in the chest and left arm, and was taken to Stroger Hospital in critical condition, police said.

Earlier Tuesday in nearby Bronzeville, a 14-year-old high school student was shot through the doors of Wendell Phillips Academy High School as she was getting ready to meet her mother after class.

She was critically hurt, but has since stabilized, officials said.