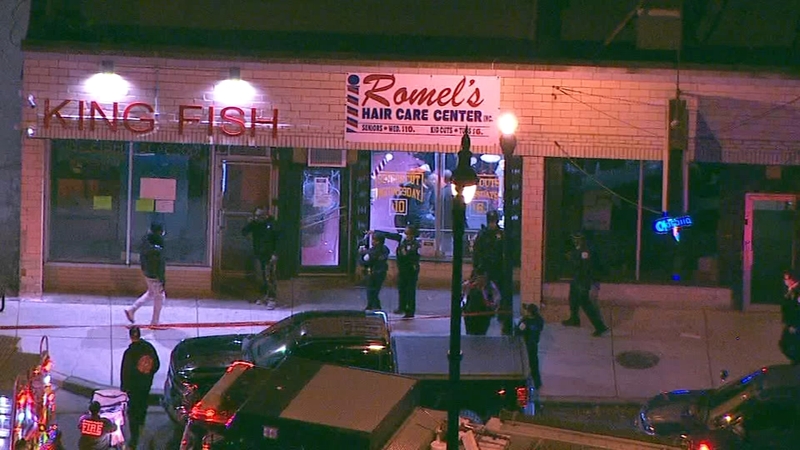 CHICAGO -- A robber was killed and another man was critically wounded inside a barbershop in Greater Grand Crossing on the South Side Tuesday.

Chicago police released few details of the shooting, which happened around 5 p.m. when two robbers entered the business in the 300-block of East 71st Street.

One of the robbers pulled out a gun and fired, police said. The other robber, 34, was hit in the neck and pronounced dead at the University of Chicago Medical Center, police said. His name hasn't been released yet.

A 24-year-old man inside the business was shot multiple times and was taken to the University of Chicago in critical condition, police said.

There have been 33 people killed so far this year in Greater Grand Crossing - four more than the community's total for all of last year and more than double the homicides the community had in 2018, according to Sun-Times data.