Man, 33, wounded in an exchange of gunfire inside Chicago's Swissotel elevator 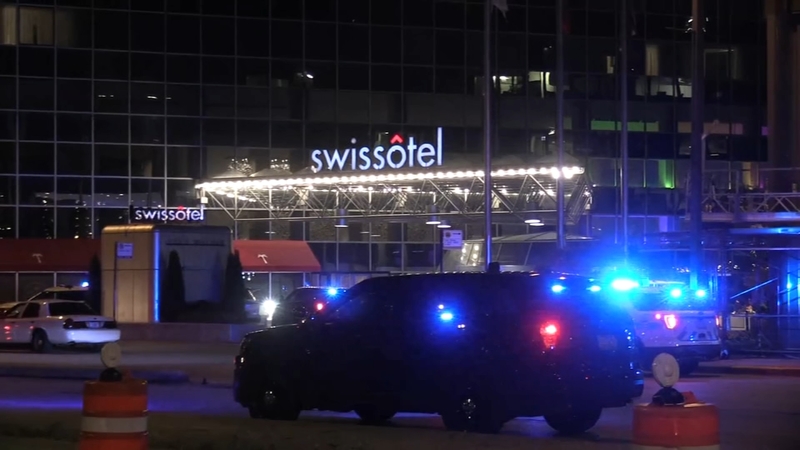 Chicago shooting: Man, 33, wounded in an exchange of gunfire inside Swissotel elevator in Streeterville

CHICAGO (WLS) -- A man, 33, is recovering after he was shot inside the Swissotel early Saturday morning in the New Eastside neighborhood, according to Chicago police.

Two men got into an altercation while riding inside a hotel elevator, police said.

The argument escalated and both men exchanged gunfire, according to police.

The 33-year-old was shot in the arm and taken to Northwestern Hospital, police said.

The other man took off and has not been located.

A weapon was recovered from the man shot and charges may be pending against him, police said.