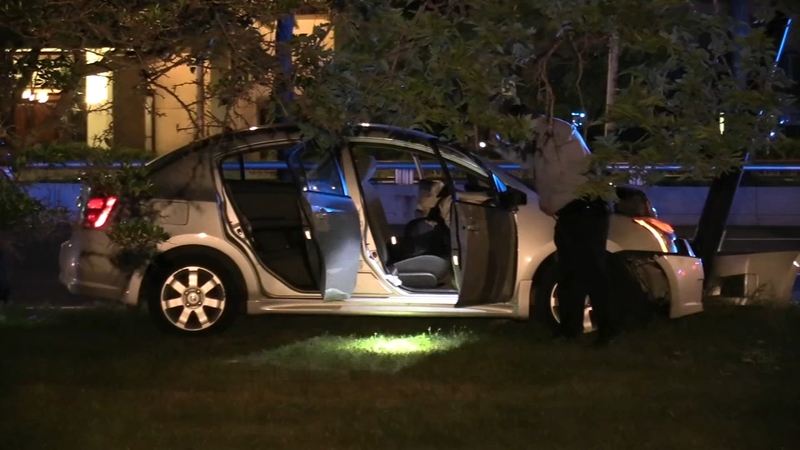 CHICAGO (WLS) -- One person died and two others were injured after a shooting and crash on Lake Shore Drive in the Gold Coast Tuesday morning, Chicago police said.

Police responded to the northbound lanes in the 1100-block of North Lake Shore Drive at about 12:45 a.m. and found a Nissan Sentra that had struck light post.

Three people were found in the vehicle, including two people who had been shot, police said.

A 32-year-old man was shot in the torso and transported to Illinois Masonic Medical Center, where he was pronounced dead, police said. Authorities have not released his identity.

A 20-year-old man was shot twice in the arm and transported to Northwestern memorial Hospital in stable condition, police said.

A 25-year-old man suffered minor injuries from the crash and was transported to Northwestern memorial Hospital in good condition.