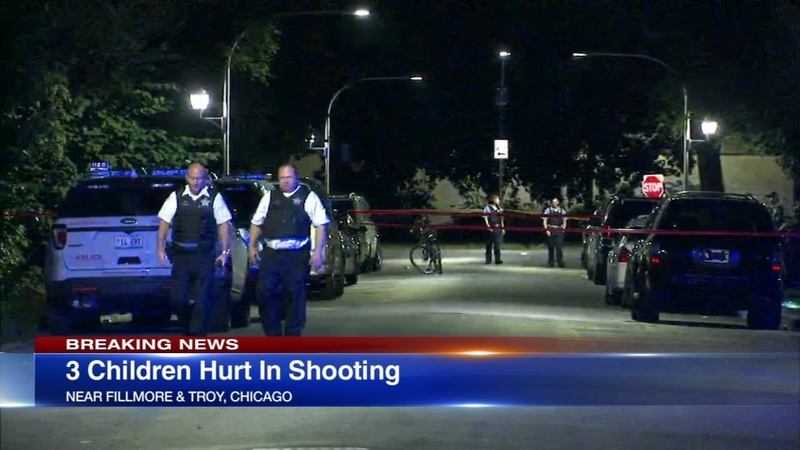 The shooting happened in the 1100-block of South Troy Street shortly before 9 p.m.

A 14-year-old boy was taken to Stroger Hospital in critical condition after being shot in the head, fire officials said. Three other victims self-transported to Mt. Sinai Hospital, according to officials.

A 10-year-old girl arrived at Mt. Sinai in very critical condition and was taken by ambulance to Stroger Hospital for treatment. An 11-year-old boy was shot in the foot and is stable at Mt. Sinai, officials said.

A 20-year-old man also went to Mt. Sinai. Officials have not said what his condition is or what injuries he sustained.

Police said said two unknown offenders were at the end of the block and began shooting into the block, striking multiple victims.