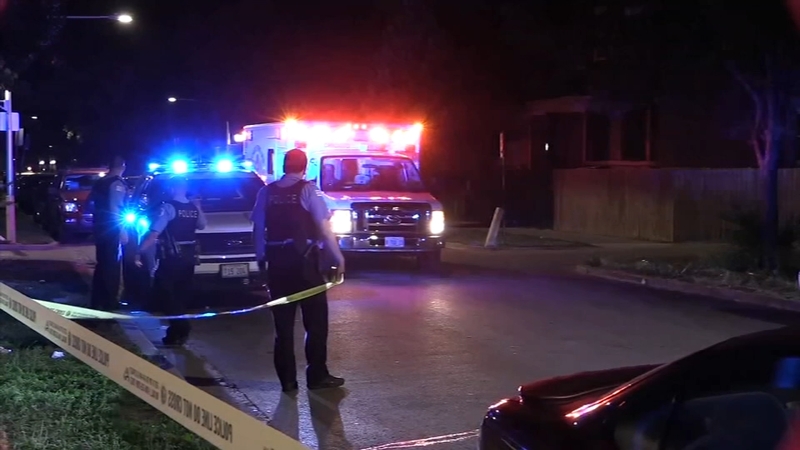 CHICAGO (WLS) -- A man sleeping in his home was among three people wounded in a shooting in the Little Village neighborhood Monday morning, Chicago police said.

Jose Hernandez, 49, returned to his apartment on Monday where he was hit by stray bullets while he slept. He said he feels lucky that the bullets didn't go through his head.

He said the bullets flew over his mattress where he slept. One grazed his forehead and another hit him in the hand. One of the bullets pierced a wall and traveled through a closet on the other side.

"This is scary," said neighbor next door Magali Acuna. "This is a very scary neighborhood. It's sad that you cannot be safe in your own house."

Acuna called an ambulance for Hernandez at around 2:40 a.m.

Police said those two men were standing outside on the sidewalk in the 2400-block of South Trumbull Avenue when three men in a blue car drove by and opened fire.

Hernandez, who works six days a week at a pallet factory, said the neighborhood is dangerous. Afraid of the gang activity, he's thinking of moving out.

At least two bullets also went through a Ford Focus outside of Hernandez' home.

"It's a tragedy that these guns are on the street. We tell parents, we tell uncles, we tell grandmas, call my office, I will come, I will personally come pick up the gun and take it to the 10th district. We don't want these guns on the street," Ald. Munoz said.