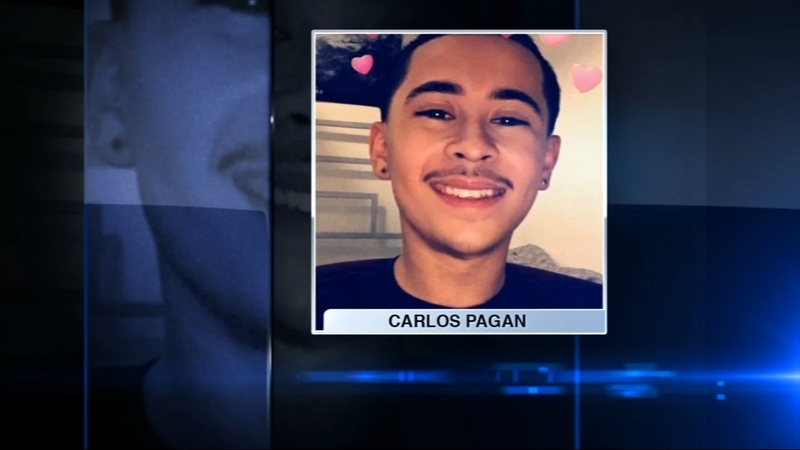 CHICAGO (WLS) -- A 19-year-old man shot near a park on Chicago's Northwest Side late Thursday night has died, family say. Police say it may be a case of mistaken identity.

The aunt and cousin say that Pagan died at 10:44 Friday morning.

Carlos Pagan, 19, was shot in the head around 11:15 p.m. in the 5000-block of North Albany Avenue in the city's Albany Park neighborhood, police said.

Pagan, a 2017 graduate from Roosevelt High School, was shot in the head last night walking with friends. A neighbor who didn't want to be identified heard at least eight gunshots and a car screech away.

"I wanted to know what happened and I saw the guy on the ground and he was with two of his friends, one was trying to get help, the other one was staying with him screaming for help," said the witness who didn't want to be identified.

Pagan's friend, who was grazed by a bullet, said he was walking his dog with Pagan and another friend on the corner of Albany Avenue and Argyle. Pagan's friends say a dark-colored SUV drove by and then came around the block again and one person got out to fire shots.

"It's scary because I don't understand because the neighborhood is pretty quiet I mean I can walk around 9 or 10 o'clock at night and not feel threatened," said neighbor Laura Hincks whose husband heard the gunshots.

CPD says detectives are exploring the theory that this is a case of mistaken identity. Investigators say Pagan has no gang ties and no criminal history.

People who live in the area say families feel comfortable here and crime even seemed to be declining recently.

"We've seen a real decrease in the last couple of years, at least I have. I haven't seen as much, not nearly as much activity as I used to. And I'm raising two small kids on this block," said 15-year Albany Park resident Brian Royer.

"I feel sad because we as a society need to get better about treating people with respect," said neighbor Wesley Ibarra. "People don't need to die."

"For the past few years, it's been really, really quiet. So I was pretty surprised when my husband woke up and said he heard gunshots," said Hincks.

Neighbors say there is gang activity in the area, but they generally feel secure. A park with a running track and a soccer field sits right next to the scene. A police pod camera is also mounted at the corner.

Pagan's friends said they held him until an ambulance came.