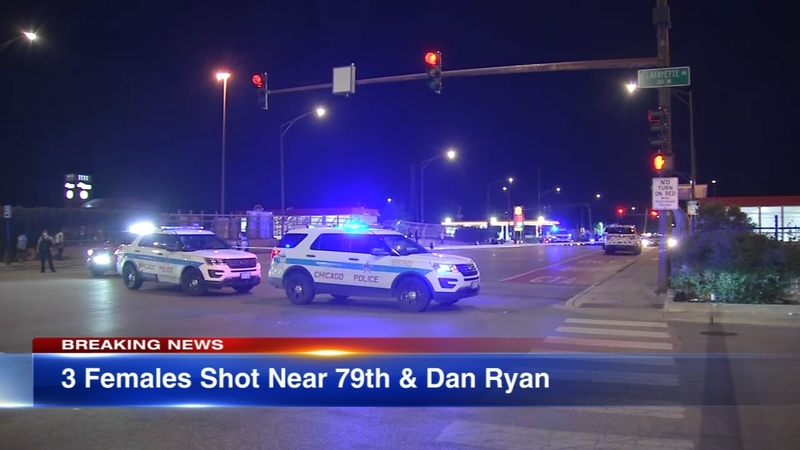 Police said just after 8:45 p.m. three girls, aged 19, 16 and 13, were standing on the sidewalk on the 79th Street Bridge that goes over the Dan Ryan Expressway when a silver sedan approached and opened fire in their direction.

The 13-year-old girl was shot in the left arm and taken to Comer Children's Hospital in good condition.

Police said all three victims were very uncooperative with police and refused to answer any questions about the shooting.