WLS
By John Garcia and Will Jones 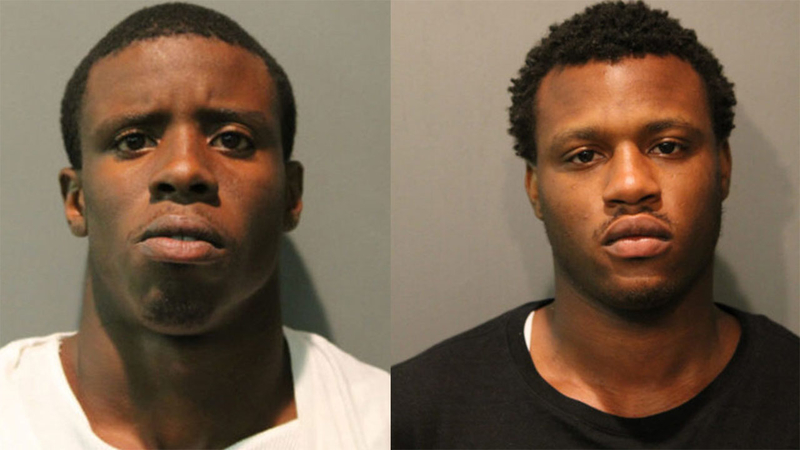 CHICAGO (WLS) -- Two brothers were charged Sunday in connection with the murder of Nykea Aldridge, a mother of four and cousin of Chicago Bulls star Dwyane Wade.

A Cook County judge denied bail for both men.

On Sunday, prosecutors released details about the shooting, including that Aldridge -- who was pushing a stroller with her newborn after enrolling one of her children in school -- sustained four gunshot wounds: to the right forearm, upper right arm, right eyelid and back of the right side of the head.

Chicago Police Superintendent Eddie Johnson said he hopes the arrests "bring some small amount of closure" for the family.

Aldridge, 32, was hit by stray bullets Friday afternoon in Chicago's Parkway Gardens neighborhood. Investigators said Aldridge was an innocent bystander and not the intended target. She had just left the Dulles School of Excellence around 3:30 p.m. in the 6300-block of South Calumet

The Sorells brothers' intended target was a 25-year-old man, who works as a driver-for-hire and was visiting friends at Parkway Gardens, according to prosecutors. Both brothers had guns and were in pursuit of the man when they fired multiple times.

Surveillance cameras in the area captured the shooting as well as both men carrying guns prior to the shooting.

Johnson said the Sorells brothers are repeat offenders and two of about 1,400 individuals who are the primary drivers of gun violence in Chicago.

The guns used in the shooting have not been recovered, authorities said.

One of the brothers was arrested Friday shortly after the shooting. The other was picked up later in the evening. Johnson credited the community's help in nabbing the brothers so soon.

The family of Nykea Aldridge held a vigil on Sunday.

Also on Sunday, the family held an emotional vigil.

They embraced, shed tears and released balloons in her memory.

"It's hard for me right now because we were supposed to grow old together," said her sister, Diann Aldridge.

For Nykea Aldridge's mother, this is the second child she has lost to gun violence.

"I miss her. Her life is gone. I know she can't come back," said her mother, whose name also is Diann Aldridge. "I love her. This is my baby girl. It's a life that is gone too soon, too soon she was take away from us."

For the two men now facing charges, her loved ones -- deeply rooted in their faith --offered their forgiveness in prayer.