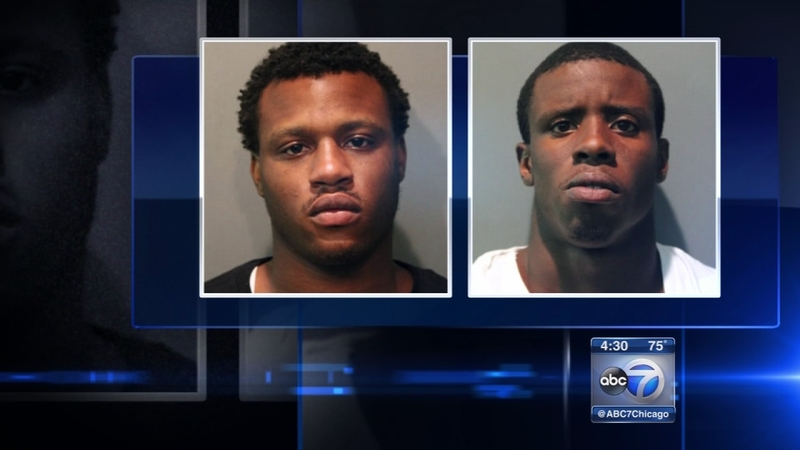 CHICAGO (WLS) -- Two brothers charged with killing the cousin of NBA star Dwyane Wade are being held without bond in a Cook County jail. The brothers appeared in court Monday morning to be assigned a judged and a new court date.

Derren Sorrells admitted to shooting at a 25-year-old man who was the intended target in a video-taped statement, according to papers filed by prosecutors in court. He also admitted that at the time of the shooting he was with his brother Darwin, who also had a gun.

Nykea Aldridge, 32, was shot to death Friday afternoon as she pushed her newborn in a stroller in the Parkway Gardens neighborhood on the South Side near the Dulles School of Excellence. She had just registered one of her children for school.

"You have a mother who was trying to enroll her children at school. The family and those kids have rights too. The law has to change," said Chicago Mayor Rahm Emanuel during a public appearance Monday.

Police said security cameras at the Dulles School captured images of the suspects, and that a camera at the store across the street captured the two brothers following the 25-year-old who was allegedly the intended target. They also said they have eyewitnesses, including Aldridge's boyfriend and the driver, who can identify the suspects.

Police said he is a driver for hire who apparently made eye contact with the Sorrells brothers and the brothers fired shots at the man as he ran from them. Aldridge was hit by four of those shots.

Darwin Sorrells lived in an apartment not far from the site of the shooting, and some neighbors were not surprised to hear of his involvement.

"He was angry, upset-looking, vicious," said one neighbor, who did not want to be identified.

Police said both brothers are on parole for previous gun charges, and had served only a fraction of the time they'd been sentenced to. Darwin Sorrells had been released in February; Derren Sorrells was released only two weeks ago and was wearing an electronic monitoring device.

"These two guys are perfect examples of what I've been talking about. Both of 'em on parole for gun offenses," said Chicago Police Superintendent Eddie Johnson.

"To the Wade family my condolences, but it shouldn't take a superstar's family to bring attention to this issue," said State Sen. Kwame Raoul (D-13).

Johnson said he hopes the arrests "bring some small amount of closure" for the family.

One of the brothers was apprehended Friday shortly after the shooting. The other was picked up later in the evening. Police said the community played a big role the brothers' arrests.

Sunday night, family members of Aldridge came together to remember her at a vigil.

Aldridge's mother said Nykea is the second child she has lost to gun violence.

"Just a life that's gone too soon," said Diann Aldridge, the victim's mother. "I miss her. A life is gone."