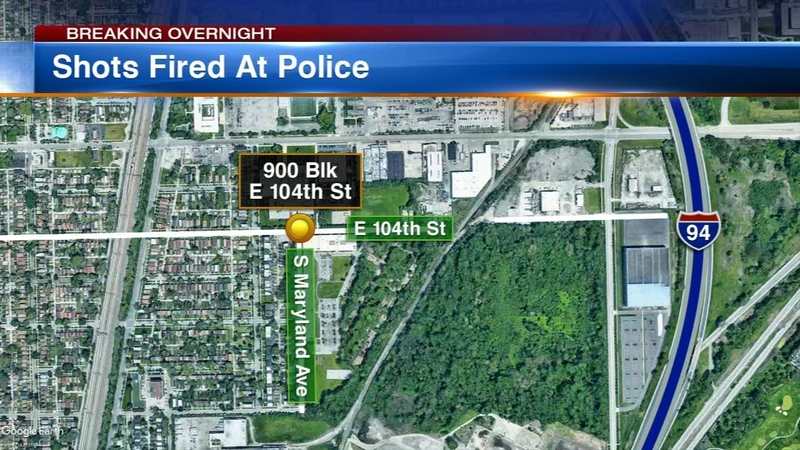 CHICAGO (WLS) -- A Chicago police officer was injured early Thursday morning during a SWAT situation in which shots were fired in Pullman, according to CPD.

Officers responded to a shots fired call about 1:20 a.m. in the 900-block of East 104th Street and tried to pull over a vehicle matching the description of the suspects involved, Chicago police said.

Two male suspects got out of the vehicle, and one was immediately taken into custody. A weapon was recovered, CPD said.

The second suspect led officers on a chase before barricading himself in a nearby residence, according to CPD.

Before he entered the residence, he fired shots toward officers, CPD said. Police returned fire, but no one was hit.

A SWAT team was called and took the suspect into custody without incident.

One officer suffered minor cuts to his right hand and was taken to a nearby hospital for treatment.

The Civilian Office of Police Accountability also responded to the incident. Anyone with information is asked to call 312-746-3609 or visit ChicagoCOPA.org.