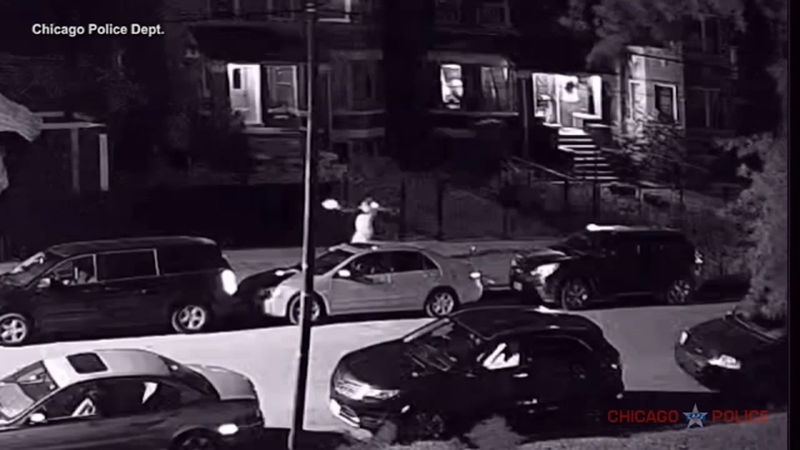 CPD shares video of gunman who shot 2 officers in Austin

CHICAGO (WLS) -- Chicago police are sharing video of a gunman who shot two officers who were trying to break up a crowd in the city's Austin neighborhood Monday morning. They are asking the public for help identifying him.

"As you know, there's been a lot of large crowd gatherings tonight, a lot of celebratory fireworks going off, kind of spontaneous," Chicago Police Superintendent David Brown said. "They were dispersing a crowd when they heard shots and felt pain. Not sure if they targeted or whether this was people celebrating shooting in the air, shooting indiscriminately."