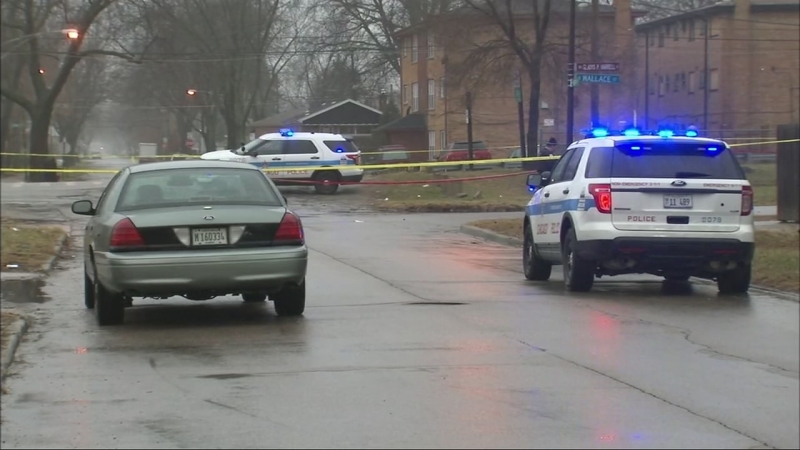 CHICAGO (WLS) -- An off-duty officer who working in south suburban Robbins shot and killed an armed man who tried to rob him Friday morning on Chicago's Far South Side, police said.

The shooting occurred around 6:50 a.m. in the 12300-block of South Wallace Street, a couple blocks from Metcalfe Community Academy. Gloria Perkins lives nearby.

She said it's a shame the violence was witnessed by the community's youngest residents. The man's body was covered in a white sheet next to the sidewalk, in plain sight of children walking to class.

"We didn't know anybody was going to be dead. There are kids going to school," Perkins said.

"In situations like this, we notify the crisis team. This incident is so fresh right now. We don't know if the actual victim was a family member of one of the students," Fabiyi said.

Police have not yet released the name or age of the man killed. Those who knew him did not want to comment on the situation. They watched from a distance as police collected evidence.