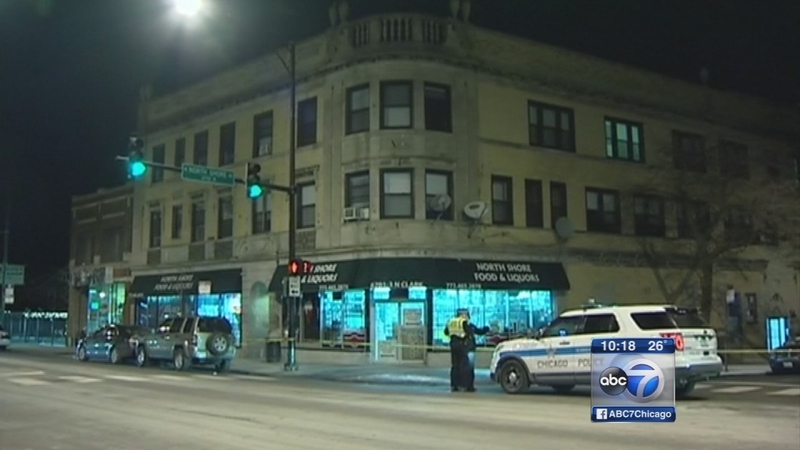 CHICAGO (WLS) -- A 19-year-old Loyola University student was critically injured in a drive-by shooting on Friday in Roger's Park, just blocks from the North Side campus.

The woman was not the intended target, police said. No suspects are in custody.

The woman was walking to a store with friends in the 6700-block of North Clark Street when someone fired shots from a passing car, police said. She was hit in the lower back.

Cellphone video captured paramedics tending to the student. She was taken to the hospital in critical condition. Presence St. Francis Hospital spokesperson Jim O'Connell said Sunday her condition stabilized, but she remains in the Intensive Care Unit.

The shooting has other students at the Rogers Park campus on edge.

"I'm pretty hyper aware. You have to make sure where everybody is around you, to be safe," said Loyola student Katherine Labudde.

"This poor young girl is just going to the convenience store, gets shot in the back, for absolutely no reason at all. But thankfully she's alive and hopefully she will continue to improve," he said.