Roseland shooting: Father hopes for recovery after Chicago drive-by wounds son, 5; 'I have no enemies'

'I'm not in a gang. I have no enemies. I'm 40 years old. I have five grandchildren,' Clarence Williams said
AP
CHICAGO -- A Chicago man whose 5-year-old son was shot in the head at home when gunfire from a drive-by shooting smashed through a window says there are encouraging signs the hospitalized boy will recover.

Clarence Williams, 40, said his son, Clareon, has been mostly sleeping at Comer Children's Hospital but has been able to squeeze his hand. He said doctors who performed surgery to relieve pressure on his brain told him a bullet had "grazed" his son's brain in Monday night's shooting.

"They stopped the bleeding, they got the bullet out. He's able to move his hands a little, but doctors don't want him to get too piped up," Williams told the Chicago Tribune while visiting his son's bedside Wednesday.

He said doctors want his son's brain "to rest" and that "once the swelling goes down, there's a little hope. ... He's doing better. He's hanging on."

Chicago police released video Tuesday of a person firing several gunshots from an SUV passing by the apartment building where Williams said his family has lived for five years.

Police have said the boy was on a couch playing on an iPad when he was shot, but Williams said Clareon was sitting next to him on the couch - watching him use an iPad -when gunfire erupted outside in the Roseland neighborhood on Chicago's South Side.

Williams said he has no idea who would have fired the gunshots as he, his son and other children were in the home, including his 20-year-old daughter's newborn.

Police have reported no arrests in the shooting. Police spokesman Tom Ahern said Wednesday that investigators are trying to locate any witnesses to the shooting and are "reviewing security camera video." 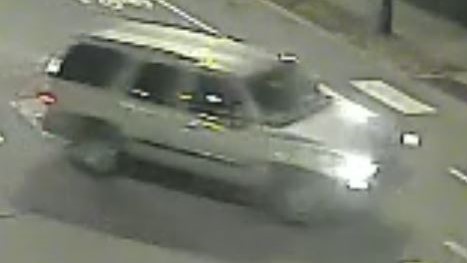 Surveillance image of a vehicle Chicago police said was used in a shooting that wounded a five-year-old boy in the Roseland neighborhood Monday night.

Williams said relatives have been bringing his son all his favorite toys, including Superman, Spiderman and Captain America, to cheer him up in the hospital.

"He likes all types of super men," he said.

The video in the player above is from an earlier report.
Report a correction or typo
Related topics:
chicagoroselandchicago shootingchicago crimechicago violencechild shotchicago police department
Copyright © 2020 by The Associated Press. All Rights Reserved.
CHICAGO SHOOTING 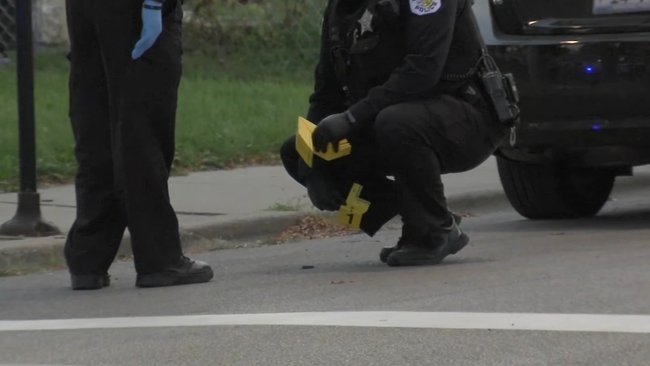