Security volunteer helps save kids during shooting outside West Side charter school; 1 shot 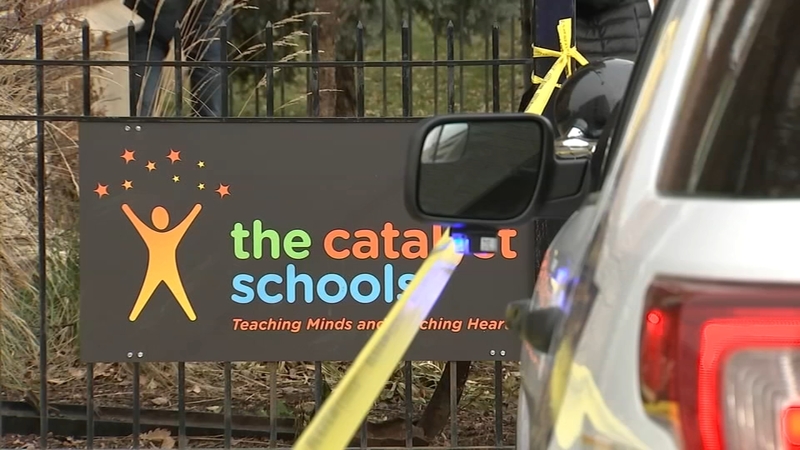 CHICAGO (WLS) -- A shooting outside an elementary school on the West Side Monday morning sent students and teachers rushing to take cover.

The shooting victim also ran inside the busy Catalyst Circle Rock Charter School in the 5600-block of West Washington Boulevard, to seek help.

The 37-year-old victim was wounded in the arm just after 8 a.m., according to police. One witness said she heard about half a dozen shots.

Volunteer security guard Frank Smith was there when the gunfire broke out right in front of him and was able to jump in to protect children who were outside the school at the time.

"I ran across the street, ushered them across inside," said Smith.

All the students made it into the school building safely.

"He answered the call. He stood to shield the kids and do the best he could," said Ashley Miller. "Volumes to his character."

The windows of the victim's car was shot out and the victim collided with two other vehicles before he got out of the car as the gunfire continued, according to officials. Police marked at least half a dozen shell casings in the street.

The school was placed on lockdown, which has since been lifted, but some parents concerned about the shooting still picked up their kids early from school.

Residents said violence is an unfortunate reality in their neighborhood.

The victim was transported to Loyola Medical Center for treatment, the Chicago Fire Department said.