Park Manor shooting leaves security guard, mother of 5, with bullet lodged in back: 'She didn't deserve something like this' 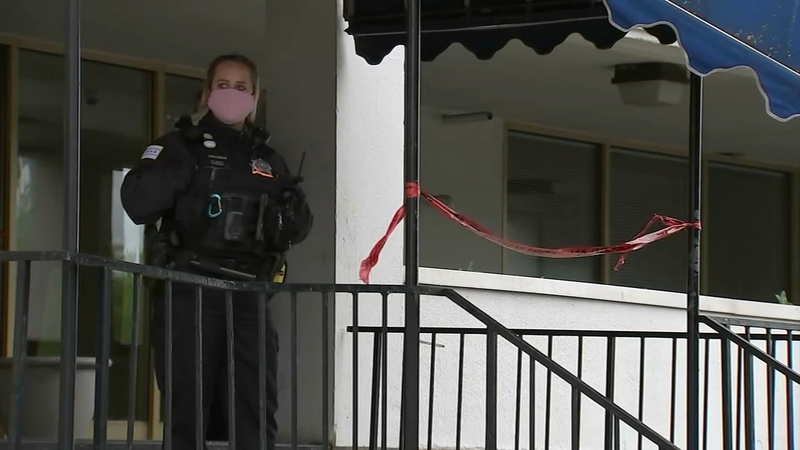 CHICAGO (WLS) -- A security guard and mother of five was wounded in a shooting Tuesday night while she was on the job in the Park Manor neighborhood on Chicago's South Side.

The family of 38-year-old Keiona James huddled on the sidewalk outside the University of Chicago Medical Center emergency room, waiting to hear how the hard-working mother of five pulled through surgery.

"She didn't deserve something like this," said Redd Johnson, her best friend. "She's just trying to do her job, take care of her kids. Are you telling me you can't do that in Chicago? That's my best friend."

Her family and boss said James was working her regular shift as a security guard in the lobby of a high-rise apartment building near West 71st Street and South Lafayette Avenue when she was shot just before 6 p.m. Tuesday.

"She was standing on the side assisting a senior citizen when shots rang out," said Wade Ingram, owner of Ingram Security.

Someone opened fire from a passing dark-colored car toward the lobby of the Lafayette Plaza Housing Cooperative at 50 W. 71st St., according to Chicago police.

"I spoke to her," said her sister, Kira Allen. "She was on her way to the hospital. She was in the ambulance. Her co-worker called first and she said Keiona had been shot. And then about 30 minutes later, Keiona was calling."

Wednesday afternoon, James' sister said she had moved from the University of Chicago to Stroger Hospital with a bullet still lodged in her back.

Allen said that even though her sister said bullet fragments came that close to her heart, her five children are breathing relatively easy now.

"They're still shaken up, but you know they're relieved they heard from their mother," Allen said.

Ingram said he didn't believe James was the intended target, saying it was likely someone else coming into the building.

"My heart goes out every day when my employees, put them in a real dangerous situation, with all of the shootings and things going on in the city of Chicago," Ingram said. "There have been several other shooting incidents in the area, as well as on the property, and I've had a lot of deep concerns about that."

Police said an 18-year-old man was also injured in the shooting, but was not shot. He showed up at St. Bernard Hospital with abrasions, police said. In an earlier statement, officers said he had suffered a gunshot wound.

Police are reviewing security footage from the apartment building trying to pinpoint the gunman.

No one was in custody early Wednesday.