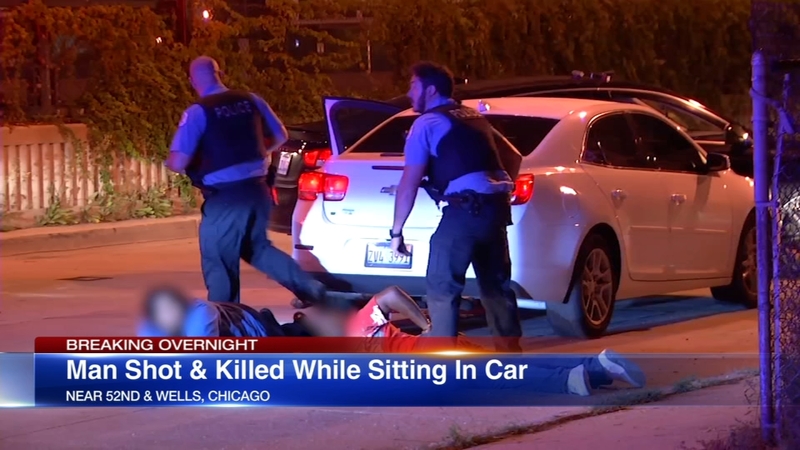 CHICAGO (WLS) -- A man was shot and killed overnight while sitting in his car on Chicago's South Side.

Police said a gunman walked up to the 32-year-old man, who was sitting in the front seat of his vehicle around 12:45 a.m., in the 5200-block of South Wells Street in the city in the Fuller Park neighborhood.

The two exchanged words, then the suspect allegedly shot the victim in the head.

He was transported in critical condition to University of Chicago Hospital, where he later died.

The suspect was taken into custody. Police said the gunman had a concealed-carry license. Investigators said the shooting may be domestic-related.