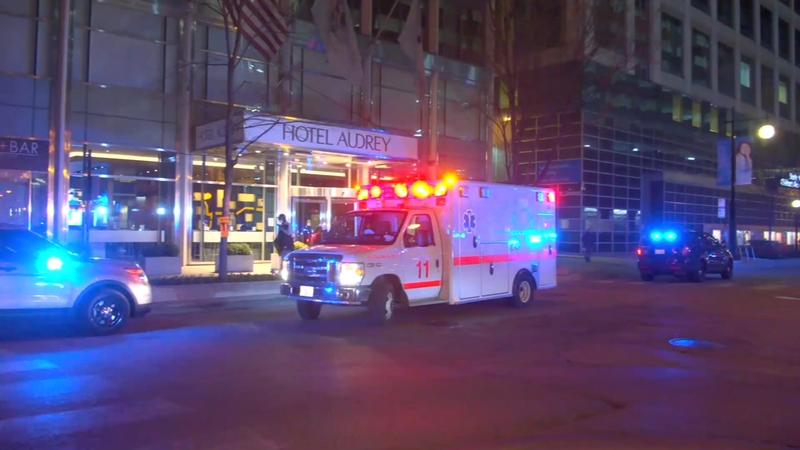 CHICAGO (WLS) -- An 18-year-old man was shot inside a hotel in the Streeterville neighborhood Tuesday night, Chicago police said.

The man was with several people on the 22nd floor of the hotel in the 100-block of East Superior Avenue at about 10:48 p.m. when shots were fired, police said.

He was shot in the abdomen and transported to Northwestern Memorial Hospital in fair condition, police said.

No one is in custody and Area Three detectives are investigating.