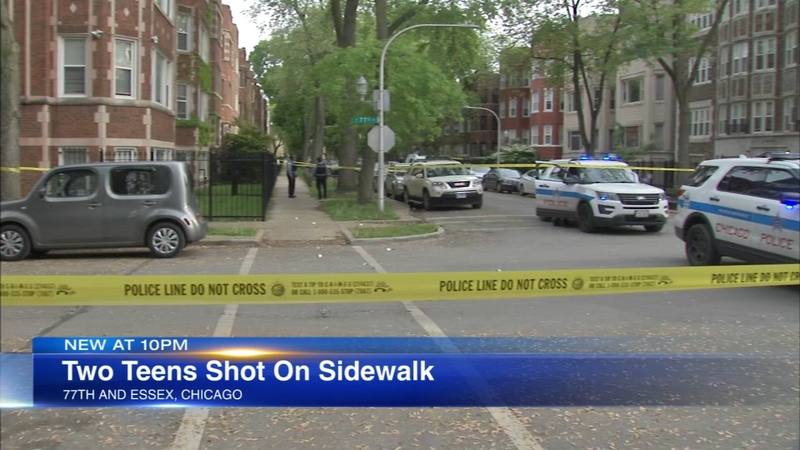 CHICAGO (WLS) -- Two teens are in the hospital after they were shot while walking down the street in South Shore Sunday night, according to police.

The boys were walking down the street in the 7700-block of South Essex Avenue just before 4 p.m. when they heard shots and felt pain, police said.

A 16-year-old male sustained a gunshot wound to the leg and a 13-year-old male was shot in the body. Both were transported to Comer's Children's Hospital in serious condition, officials said.