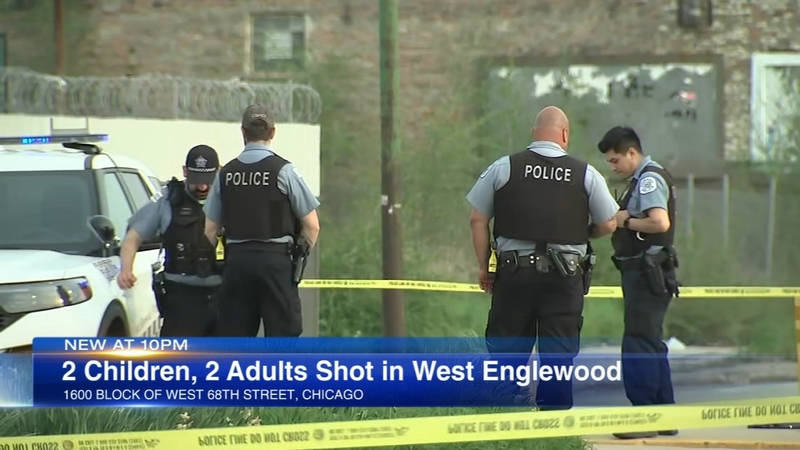 CHICAGO -- Two boys and two adults were injured in a shooting Wednesday evening in West Englewood.

The group was traveling in a vehicle about 5:45 p.m. in the 1600 block of West 68th Street when someone opened fire, Chicago police said.

Two boys, 6 and 11, were struck in the arm and taken to Comer Children's Hospital, police said.

A woman, 21, was hit in the face and a man, 24, suffered gunshot wounds to his legs, police said. Both were transported to the University of Chicago Medical Center.

All four victims were listed in good condition.