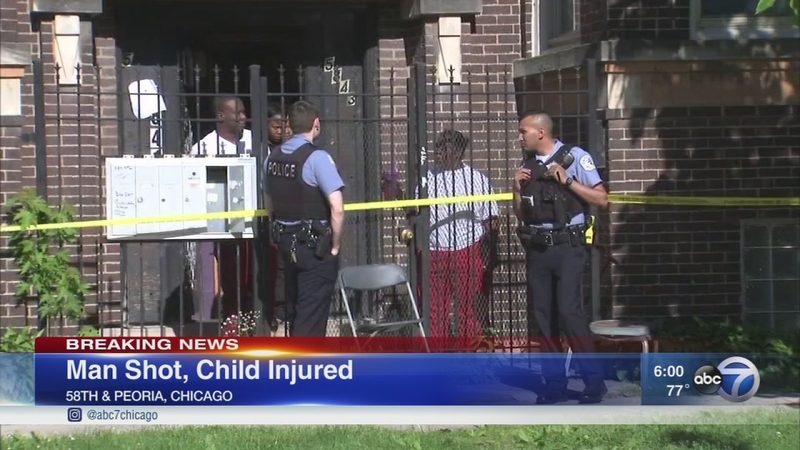 Residents who live in the neighborhood said they heard three or four shots, which may have come from a passing vehicle targeting a group of people standing beneath a tree. Police have cordoned off the screen.

The shooting happened around 4 p.m. in the 5800-block of South Peoria Street.

The man was shot in the chest and taken to Stroger Hospital, according to police. Details about his condition were not released. People on the block said the wound may have been closer to the man's armpit, and that he was conscious and talking when help arrived.

Police said a child also sustained an injury to their back that they do not, at this time, believe to be a gunshot wound. Information about the nature of the injury, or the child's age or gender, is not yet available.

In addition, there are reports of a second child hurt about three blocks from the shooting scene. Officials said a 2-year-old was grazed by a bullet near 56th and Green and was taken to Comer Children's Hospital.