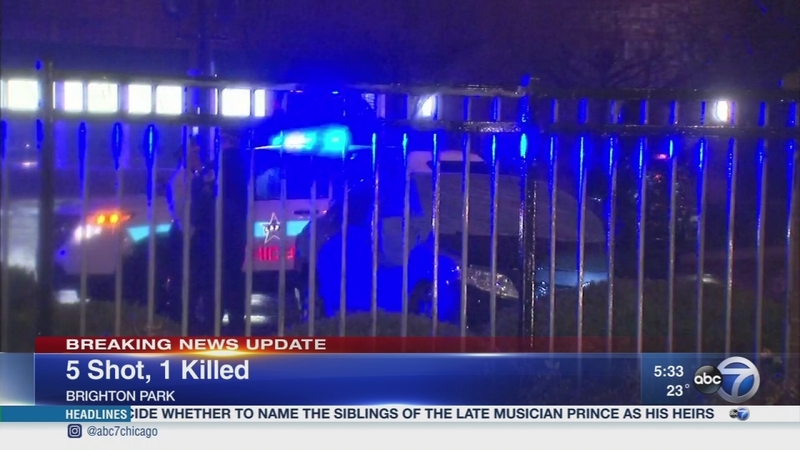 CHICAGO (WLS) -- A man died and four others were wounded Wednesday night in a shooting in Chicago's Brighton Park neighborhood.

Alderman Raymond Lopez (15th Ward) said a group of gang members drove into the 4200-block of South Talman Avenue around 6 p.m. and "ambushed" another group of men before opening fire.

A child was also hurt during the shooting, but police said that child was not shot.

Police said the men left the scene and apparently tried to drive themselves to the hospital. But they crashed their car in a vacant lot at South Western and South Archer avenues.

The 18-year-old man who was shot in the head died at the scene. His identity has not yet been released.

The alderman said incidents like these are all too common in this community.

The alderman said he is concerned that an assault style weapon was used in the shooting. About 30 shell casings were found at the scene. Police are looking into if the shooting is connected to another shooting a couple of weeks ago at West 43rd and South Rockwell streets.

Investigators said no one in custody.