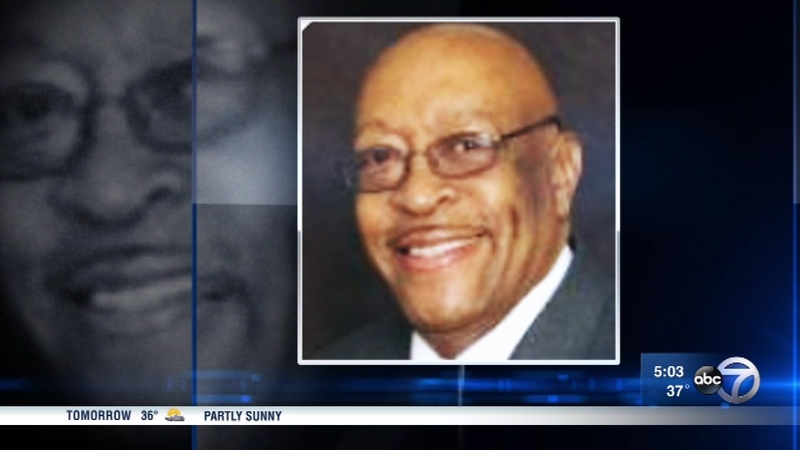 CHICAGO (WLS) -- A 73-year-old man was shot to death on Chicago's West Side while driving home to the suburbs after playing cards with longtime friends, the victim's family said.

Relatives identified the victim as Ronald Allen, one of the first African Americans in the area to own an insurance agency with a major insurance company.

Investigators worked to determine whether Allen was targeted, as his family and the community waited for answers.

"We need all the help that we can get. As a crisis responder for Chicago Survivors, we are reaching out to the family, to help them in the next stage. Trying to get some answers for them too," said Andrew Holmes, an anti-violence activist.

Holmes went door-to-door, canvassing the neighborhood, encouraging anyone who saw something to say something to police that could lead to the Allen's killer.

Investigators said gunshots rang out just before 2:30 a.m. Friday, as Allen headed home from playing Bid Whist with friends, something his wife said he did two or three times a week. She said he even wrote a book about the card game.

Allen was shot in the side and crashed his car into two parked vehicles.

"He stayed in the car. His foot was still on the gas when my neighbor pulled him out," said Peggy Taylor, whose car was damaged in the crash.

Allen died at the scene. Investigators looked for surveillance video or home security video that may have recorded the shooting.

Family and friends of Allen said he wasn't supposed to die.

On Friday afternoon, a steady stream of mourners flocked to the victim's home as they remembered him as a trailblazer.

And while there is grief for the loss of a husband, father and grandfather, the family of Allen not only wants justice and to know he didn't die in vain.

"More vengeance will not stop all the stuff going there, it's being with each other," Keith Allen, his son, said.