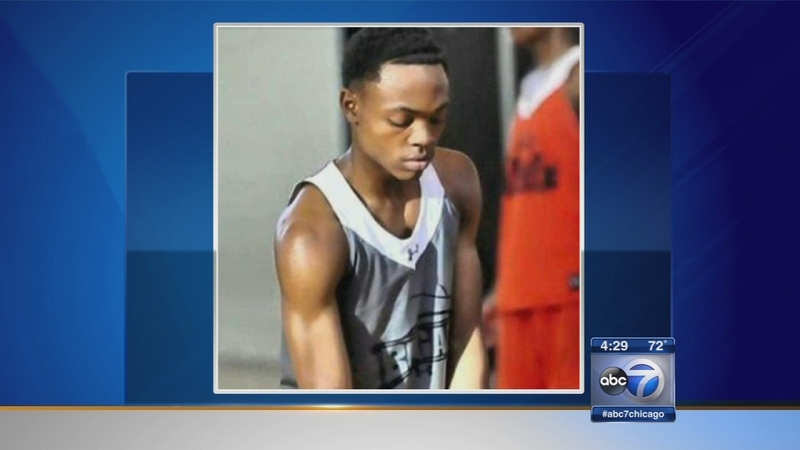 CHICAGO (WLS) -- The Chicago Police Department will increase patrols following a violent weekend in the city. Eight people were murdered, including a teenager who played basketball in St. Sabina's Peace League, over the weekend.

Chicago police said that over the three-day period of Friday to Sunday, seven people were fatally shot and another was stabbed to death. Dozens of other people were shot.

Deionte Harris, 18, a graduate of Bogan High School who had just enrolled at Olive-Harvey College, was shot to death at 10:30 a.m. Sunday on 84th and Hermitage. He had played basketball for St. Sabina's Peace League the night before.

"He was in all types of tournaments. He loved playing basketball. He was in the AAU team. He played ball for Bogan," Karen Howard, Harris' aunt, said.

"I'm in church preaching yesterday how we have to do whatever we have to do to save our children. And while I'm talking about it, somebody is being snatched," Father Michael Pfleger, St. Sabina Church, said.

After reaching a low in 2014, gun violence in Chicago is once again on the rise. At least 57 more people have been killed so far this year than last. In an effort to curb the violence, Chicago Mayor Rahm Emanuel said 319 police officers will be reassigned from desk duty to the streets as part of his 2016 city budget. Those spots will be filled by civilians.

"Chicago will never turn its back on its own children. We are better than that," Mayor Emanuel said Monday morning.

Adam Collins, a spokesman for the mayor's office, said the plan was expected to cost $20 million and had already been accounted for in the 2016 budget recommendation. The office said the civilian employees will work as crossing guard supervisors, nurses, freedom of open information officers and other positions that are now filled by police offices.

And just this year, film director Spike Lee tackled the subject of gun violence in the city when he came to film a movie titled "Chiraq."

Emanuel plans to introduce the budget on Tuesday.