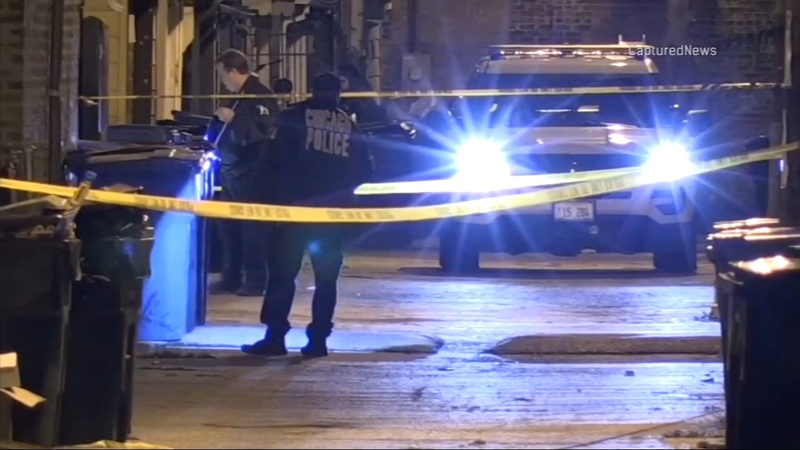 CHICAGO (WLS) -- Residents of the Hermosa neighborhood and their alderman are demanding answers after a 2-year-old boy was fatally shot there Saturday night. The boy is the youngest victim of gun violence in the city so far this year, according to police.

Uniformed police held an outdoor roll call in the neighborhood Monday, on a mission to get information.

The roll call was held half a block away from where 2-year-old Julian Gonzalez was killed, in the area of Kilbourn and Belden Avenues. The toddler had been at a family party with his parents. He was in the alley with an 18-year-old man when two women started fighting and someone fired in their direction, killing the child and marking the community area's first homicide of 2018, according to Chicago police.

The bullets struck Gonzalez in the neck, police said. He was taken to Stroger Hospital in critical condition and pronounced dead shortly after.

"Just to think that a 2-year-old was murdered, shot in the neck," said Robert Torres, of Parents for Peace and Justice. "In order to shoot a child, you have to aim down."
"I want people in this neighborhood to view their cameras. Speak up for this baby. This child deserved to live," said Hermosa resident Elisa Rosado.

Torres said it's important to break the code of silence.

"If they know that nobody is going to speak, they will continue to commit the same violence," he said of the perpetrator.

The 18-year-old was shot in his left leg and taken to Illinois Masonic Medical Center, where his condition was stabilized, police said.