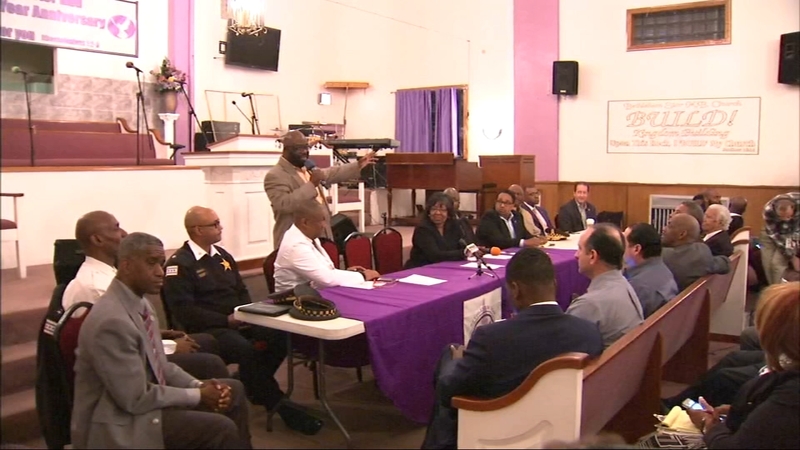 CHICAGO (WLS) -- A community is fighting back after a shooting outside a church during a funeral injured six people.

The shooting was the second time in the past year that violence has struck near the church in the Burnside neighborhood. So Tuesday night the community came together.

As police continue to search for the people responsible for that shooting, there was a call to channel outrage into action.

"This is not the norm in our community, and this is not acceptable," said Pastor Roosevelt Watkins.

Six people wounded by gunfire outside the house of worship as mourners left a funeral for a local rapper.

In the wake of escalating violence at funerals Cook County officials have formed a task force. A public meeting is scheduled for Friday.

Tuesday night there was discussion about the need for more youth programs, jobs, and better community-police relations. But many said families need to look within.

"This is going to be a real culture change for all of us as a community on how we deal with our children," said 8th Ward Alderman Michelle Harris.

"Parents are going to have to take responsibility for their children because they know what their children are doing," said Michael Stinson, resident.