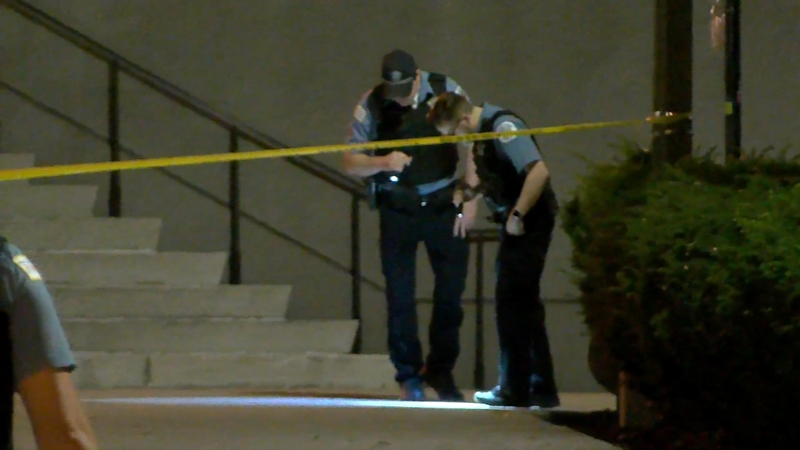 According to Chicago police, around 10:30 p.m. the teen was walking alone in the 1100-block of S. Michigan Avenue when he came across two separate groups arguing.

A person from one of the groups fired shots and the teen was grazed in the face by a stray bullet, police said.

The boy walked into Northwestern Hospital and had to be transferred to Lurie's Children Hospital, police said. He is in good condition.

Witnesses said they saw five people running from the scene after shots were fired, police said.

The shootings come after an alarming number of children have been killed by gun violence over the past several weekends in Chicago.

On Monday, President Trump compared the city's violence to a "war zone".

CPD Supt. David Brown and Mayor Lori Lightfoot have both said community engagement will be key in long-term violence prevention.

"Police alone is not, and cannot, be the only solution for the gun violence faced by so many throughout Chicago," Brown said.