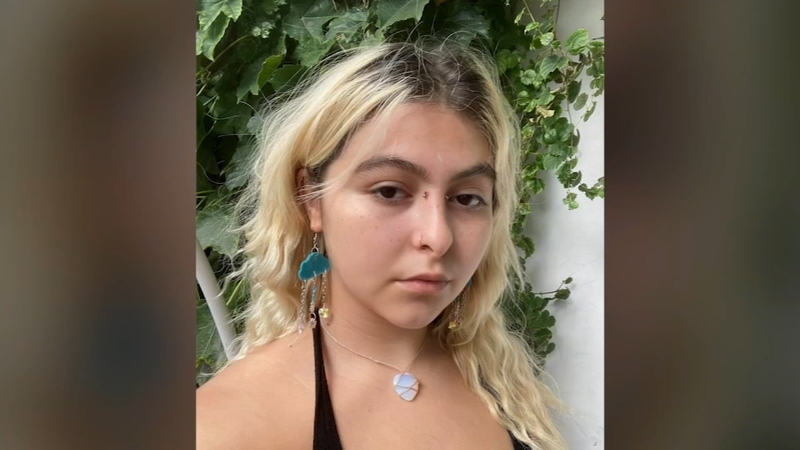 Boy, 16, charged with murder after teen killed on SW Side

CHICAGO -- Why a 16-year-old boy would allegedly gun down a promising art student in a parked car on the Southwest Side wasn't made any clearer at his bond hearing Tuesday.

The teen had no known connection to 18-year-old Azul de la Garza and neither did anyone else with him on Sept. 25 when he repeatedly shot de la Garza outside the family home in the 5400-block of South Avers Avenue in West Elsdon, Cook County prosecutors said.

De la Garza was alone in their car at the time of the shooting. Relatives said they rushed out when they heard the gunshots, which were picked up by a nearby ShotSpotter, alerting police, as well, who arrived on the scene moments later.

RELATED: 'It is a nightmare': Teen shot 7 times while sitting in car outside SW Side home, family says
EMBED More News Videos

Azul de la Garza was shot seven times while sitting inside their car last month in West Elsdon after a day spent with their mother.

Just before the shooting, the suspect was captured on surveillance cameras and seen by witnesses walking up and down the block with a group of people, prosecutors said.

When de la Garza parked, the 16-year-old was seen separating from the group and approaching their car while wearing a distinctive black sleeveless shirt, prosecutors said.

He fired at least eight times into the car before running away with the others through an alley, prosecutors said. Eventually, the teen walked away while the others got onto a CTA bus.

The teen boy, who was arrested Monday after being identified by witnesses, according to prosecutors, gave no motive for the shooting. He has been charged as an adult in de la Garza's murder.

During Tuesday's live-streamed bond court hearing, the teen rocked back and forth in a chair and spoke softly when Judge Barbara Dawkins told him to let her know if there was anything that he didn't understand.

He has had no previous juvenile convictions, and prosecutors did not indicate there was any physical evidence linking him to de la Garza's murder, an assistant public defender pointed out to Dawkins.

He is expected back in court Dec. 10.